Remind your clients: Today’s financial plan may not hold water years from now.

When Roy Ballentine’s father died, in the 1980s, the family’s financial advisors crafted a sensible plan for distributing his wealth. But over time, it became clear that they hadn’t anticipated all the different ways in which his heirs might eventually wish to use the assets.

“What we were missing was any recognition of the collision of family dynamics, money and people’s very different expectations of what the future should look like,” says the founder of Ballentine Partners, which is based in Waltham, Mass., and manages about $3.8 billion. The oversight — and the stress it caused — taught Ballentine to second-guess his firm’s advice to clients, with the goal of minimizing unintended consequences.

Advice that’s perfectly sound and appropriate today can bring trouble down the line for innumerable reasons, from a client’s changing life circumstances to global market forces. Every so often, the impact hits before the advisor has a chance to adjust, which can set clients on edge. Managing those adjustments elegantly can spell the difference between a temporary rough patch and a soured client relationship. 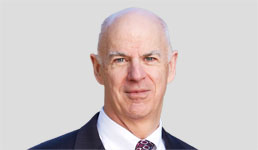 Roy Ballentine
Ballentine recommends four safeguards. First, with any complex strategy, meet with all key stakeholders, including the client’s relatives, other advisors, lawyers and accountants. Next, turn those stakeholders into a team. Then create a blueprint of how you intend to implement the plan, and imagine what could go wrong. Finally, design backup strategies and an exit plan.

Usually, the shift that throws a financial strategy off track is something wholly beyond the advisor’s control. One example: the dramatic rise in the cost of long-term-care insurance. A decade ago, Steven Kaye was telling clients of AEPG Wealth Strategies that the policies were affordable and could cover their families in case of disability. About five years ago, he began seeing 20% increases on premiums for existing policies. In the past year alone, about 25 of his clients have encountered rate hikes of 60% or more.

“At the time, the insurance fit in with their budgets,” says Kaye, who is based in Warren, N.J., and manages about $800 million for 450 families. “We’ve had to tell clients that they should separate the needs from the wants in their lifestyle if they want to maintain their policy, or scale back some of the policy benefits.”

A subtler but common threat is when clients start worrying — without telling their advisor — that their holdings have become outdated. If the advisor doesn’t see the anxiety attack coming, such clients may take their troubles to another firm.

Sometimes strategies forged to deal with an emergency become unsatisfactory once the crisis has passed. Barbara Heft of Law & Associates, which manages over $152 million for 200 clients in Glen Echo, Md., recounts how, after one client’s early death, a friend assumed the role of trustee for the man’s young child. At first, this solution helped the survivors get by with minimal stress. Yet by the time the child reached adulthood, the child’s mother was sick of having to ask the friend for money, and the trust was disbanded.

Divorce creates the potential for upheavals that can catch advisors off guard, Heft says. She recalls two such situations involving acquaintances of hers. In one, a father passed his business to his daughter, whose husband gradually took it over. Then the couple divorced, and the daughter was pushed out of the business. In the other case, a man’s second wife missed out on his life insurance policy because her predecessor was still named beneficiary when he died.

Heft says it’s always prudent to remind clients that you don’t have a crystal ball, while sharing with them any scenarios that do cross your mind. “I don’t want a client coming back to me and asking, ‘Did you think of this?’ and I have to say, ‘Yes, but I didn’t think it was a big deal.’ ”