Bear markets can take the fun out of tracking indexes, say some FAs.

Investors are voting with their feet on the question of active versus passive, and the momentum is with lower-cost passive strategies typically found in index funds and ETFs. Despite this shift, however, some wealth managers still champion active approaches for high-net-worth and mass-affluent clients alike.

But Manisha Thakor isn’t one of them. Brushing past the most popular objection to active strategies — that they tend to underperform against relevant indexes — the director of wealth strategies for women at the $6.6 billion-in-assets wealth firm Buckingham goes straight to cost.

“Reducing fees is important for investors in the $1 million to $5 million range,” says Thakor, who, as a former active manager with Fayez Sarofim, has seen the issue from both sides. With people living longer and assisted-living costs going through the roof, “they just don’t have a lot of wiggle room in their retirement planning.”

Indeed, fee differences between active and passive approaches can be striking. Active-stock-fund fees generally come in between 0.6% and 1%. Passive plays — which, remember, tend to do better — typically cost half as much.

In this light, Thakor says she can’t square recommending active strategies with her fiduciary duty to put her clients’ best interests first. “Lower fees, greater tax efficiency, it’s all going to matter in retirement,” adds the Santa Fe, N.M.-based advisor. “Even for clients with up to $10 million.”

It seems much of the investing public shares Thakor’s view. As ETF assets passed the $2 trillion mark for the first time last year, retail investors in 2014 took $98.6 billion “out of actively managed U.S.-stock mutual funds while putting $71.34 billion more into ‘passive’ ones,” The Wall Street Journal reported in February. 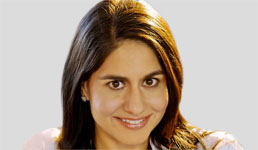 The rise of passive investing makes sense to Jerry Miccolis. “I’m generally not a fan of active management,” says the head of Giralda Advisors in Madison, N.J., a two-year-old RIA that manages about $300 million for private clients, either directly or through intermediaries. “You can build a world-class portfolio using passive investments.”

Despite his admiration for passive investing, however, Miccolis runs an active-management shop. Specifically, with account minimums as low as $2,500, Giralda focuses on large-cap U.S. stocks with a view to protecting clients from “bear markets and sudden crashes” using a quantitative “risk-managed” approach, he says. “Our typical client profile is someone who wants or needs to be in equities but fears the inevitable correction.”

On the premise — backed up by behavioral-finance principles — that investors hate loss more than they love gain, Miccolis tries to give such clients a gentler ride when waters get choppy by “dampening portfolio volatility or limiting downside potential” through hedging. As chief investment officer at another firm in 2008, he says he “spent a lot of time convincing people to stay in the market.” The approach he takes at Giralda aims to “help them stay in equities and still sleep at night” in turbulent times.

As a core holding, Giralda’s risk-management strategies typically account for between 15% and 40% of an investor’s total portfolio, according to Miccolis. As a satellite play, it’s likely to take up between 5% and 15%. The rest of the portfolio’s stock allotment could well be in passive strategies, says Miccolis.

In addition to using active strategies to mitigate risk, some advisors use them to generate income. Here, the aim isn’t to beat an index — it’s to stock up on solid, dividend-paying companies with long track records of success in all market cycles. “Companies like Johnson & Johnson, Procter & Gamble, PepsiCo, Coca-Cola and McDonald’s have a much better chance of getting through tough times than less seasoned companies,” says Hank Smith, chief investment officer at Haverford Trust, a firm in Radnor, Pa., with about $6.5 billion under management.

By picking household names that pay dividends through thick and thin and have proved they can recover from recessions, Smith says he puts his clients — typically investors with $3 million to $5 million — on track to earn money from their holdings in ways “that have nothing to do with the direction of the S&P 500.”

Adds Smith, “It calls for having a defined investment policy — meaning there’s no sneaking in Microsoft predividend or anything like that — and understanding you will definitely have periods of underperformance.”