After working more than 35 years at Merrill Lynch, advisor Don O’Neal decided in early 2013 to make a switch. Along with his longtime partner, Teresa Brokaw, he packed up and joined a rival wirehouse. But instead of becoming a captive broker, the pair signed up with the Wells Fargo Advisors Financial Network, or FiNet, the firm’s independent channel.

“It gave us the best of both worlds,” says O’Neal, whose practice manages $175 million and is based in Lynwood, Wash. “We own the business and our clients, but we still get support from Wells Fargo for back-office and investment platforms that are similar to what we’ve used in the past.”

Their story isn’t unique. WFA says the head count at FiNet rose by 3% last year, to 1,254 advisors. Assets under management hit $85 billion in 2014, 17% higher than a year earlier. “FiNet is WFA’s fastest growing channel — and has been over the past several years,” says Kent Christian, FiNet’s president.

Of course, the unit is comparatively tiny. WFA as a whole had a head count of 15,187 FAs in 2014, down slightly from 2013, and client assets of $1.4 trillion, flat year-over-year. As FiNet gains scale, it will be tougher to post double-digit growth rates. “But interest around independence is stronger than it’s ever been, and we think that will continue to sustain our independent channel’s gains for years to come,” Christian says. He adds that in some years, around a quarter of FiNet’s new FAs come from Wells Fargo’s employee channel.

FiNet traces its roots back to 2001, when a much smaller bank — First Union — bought J.W. Genesis Financial Group, an independent broker-dealer. A year later, First Union merged with Wachovia, which Wells Fargo acquired in 2008. “So it grew in scale by acquisition just as the independent movement gathers steam,” says Jon Henschen, an independent headhunter in Marine on St. Croix, Minn. 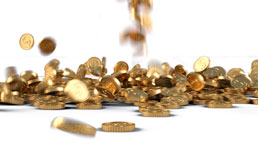 Payouts at FiNet average 85% to 90%, according to Henschen. That’s in line with payouts at Raymond James, LPL Financial and privately held Commonwealth — the network’s closest rivals, he says. By contrast, he puts an average wirehouse FA’s cut at 35% to 45%.

FiNet advisors must cover their own overhead. Nevertheless, Brian Luts, who left Morgan Stanley with partner David Greenleigh in 2012, figures that net of expenses like IT support, payroll, rent and office supplies, payout comes to about 70%. “Our operating margins are still significantly better than when we worked as employees,” Luts says.

The higher margins allow his practice to work with fewer clients, according to Luts’s partner. “At Morgan Stanley, we would’ve had to more than double the number of people we served to reach our goals,” Greenleigh says. The team has AUM of $340 million.

This advantage came at a price. When he and Luts were shopping for a new employer, other wirehouses and captive broker-dealer networks offered them signing bonuses between 290% and 310% of trailing 12-month revenue. “We were looking at seven-digit checks being dangled as carrots,” says Greenleigh. On the other hand, those carrots had to be eaten over seven to nine years. The FiNet bonus, although much smaller, was largely up-front, according to Luts.

He adds that collecting larger amounts each year over several years would not have had a great effect on his tax situation. “When we started adding up each year’s bonus payments to our overall income picture, it made the other offers look even less appealing,” he says.

For most advisors, the decision to change firms isn’t just about dollars and cents. They want to be comfortable doing their jobs. “You get used to performing daily operations in a certain way,” says O’Neal. “As we looked around at different independent networks, we started to see that each model offered a vast number of different technology and back-office platforms.”

In many cases, his team found overkill — too many systems with too few support mechanisms to address problems that might arise on any given day. “FiNet offered us a platform that felt very familiar to us,” O’Neal says. “The technology they use for managing investments and taking care of client accounts works in a way that provided a fairly seamless transition from Merrill.”

FiNet also has the advantage, over smaller independents, of name recognition. Its advisors can leverage the Wells Fargo brand just as the firm’s employee advisors do. That was a key selling point to advisor Brokaw. “Coming from Merrill, we knew how important that could be in terms of supporting our growth as a business,” she says. “But we haven’t missed a beat by choosing to align our practice with Wells Fargo.”