The Right Way to Do Pro Bono Planning

Advisors have different reasons for doing pro bono work. For some, a personal experience left them wanting to help people in similar situations. For others, it’s a thoughtful way of spreading the word about their expertise in a particular niche. All share a desire to give back.

But advisors who serve nonpaying clients also say that to keep their for-profit practice healthy, they have to establish ground rules for pro bono engagements. “Helping a middle-class family survive a crisis can be rewarding work, but it can also suck up all of your time,” says Jon Beyrer, a partner at Blankinship & Foster in Solana Beach, Calif.

So he sets boundaries. For example, when a blue-collar couple with a chronically ill child and mounting medical bills reached out for help, Beyrer explained he could see them only during evenings and weekends — and he made clear his services would not include selling insurance or investment products. “I’ve learned that it’s as important to tell people up front what I can’t do as what I can,” says Beyrer, whose firm has AUM of $400 million.

He first got involved in pro bono work after his infant daughter had to undergo emergency heart surgery. In 2011, he cofounded the Professional Alliance for Children, a nonprofit with the mission of easing financial and legal stress on families with ill children. Setting up the charity built a legal wall between his pro bono and for-profit work, Beyrer says, limiting the potential for liability claims against his regular practice. 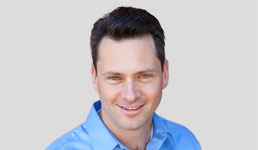 Another benefit of the organization is that he can call on 400 volunteer professionals, including lawyers, CPAs, insurance agents and other FAs. Beyrer sees three or four pro bono clients in a typical quarter. “Middle-class families in crisis are getting hit hard by the rising costs of health care,” he says. “Financial advisors are uniquely positioned to step in and help.”

Heather Locus, an advisor at Balasa Dinverno Foltz in Itasca, Ill., started working with divorcées on a pro bono basis after her own marriage broke up about four years ago. Her firm, which manages $3 billion, already had a seven-member team targeting “women in transition” — including divorcées — as paying clients. Now, the group also works with one or two pro bono clients in an average month.

That has proved to be good business for Balasa. “The community of professionals serving divorcées is unique — it tends to be pretty tight-knit,” says Locus. “So when we do something special to help someone get through a difficult divorce, the word spreads fairly quickly. It tends to attract more opportunities to work with paying clients.”

To manage her time, Locus works with pro bono clients mainly by phone and e-mail, trying to limit in-person meetings to one per client. “We can usually get a lot done if they’re prepared in advance with the proper tax and financial statements,” she says. In complicated situations, she’ll agree to a second meeting, but only on as as-needed basis.

Most of the Financial Planning Association’s 100 chapters have a pro bono program, and the Massachusetts chapter has one dedicated specifically to military families. Michelle Harrison is one of several advisors who participate in the program at Ballentine Partners in Waltham, Mass., which manages $5 billion. She says members of the military face special financial challenges. For example, since their families move around so much, details like keeping on top of credit ratings and protecting against identity theft can fall between the cracks.

Her pro bono engagements often involve basic topics like how to set up a checking account, get a credit card or conduct an online transaction safely. Much of that work can be done in a group setting, according to Harrison.

“We work with a lot of younger people who have a lot going on in their lives and don’t have the time to really find out how to protect themselves financially,” she says. “We find that just an hour of classroom training on the basics of personal finance can make a big difference in their lives.”