Managing wealth for celebrities has unique perils and perks. Like sidestepping the exotic animals crawling and flapping around a client’s home while you try to explain an investment portfolio. Or discovering a client has used you as inspiration for a movie character.

Most days, working with stars in the film, music and sports businesses is far less exciting, according to financial advisors who specialize in serving such clients. And they all tend to face similar challenges. Like entrepreneurs, entertainers often have fluctuating incomes linked to the latest project or contract. But celebrities also come with extreme spending habits, associates who entice them into dubious financial ventures and activities that keep them out of contact for long stretches. Many also employ business managers, whom advisors must cultivate in order to do their jobs.

All this can make working with celebrities feel like a different world, says Wells Fargo advisor Joshua Glass. The L.A. native grew up with several people who later became famous, and now 70% of his clients fall into the category. “They can earn $10 million one year and nothing the next year,” says Glass, whose office is in the Westwood Village neighborhood of Los Angeles. He manages about $200 million. “It’s hard for someone in such a high-risk profession to understand that they should not take risks with their portfolio.” Communicating with big-name performers about their finances in ways that resonate with them is a knack not everyone is born with, he warns.

With some celebrities, the business manager is the advisor’s main point of contact, according to Richard Jones, managing director in the Private Banking and Investment Group at Merrill Lynch. His 25-person practice, equidistant from the Los Angeles Country Club and the Hillcrest Country Club, oversees $16 billion. Business managers handle day-to-day financial responsibilities, from bill payment to having fallen trees removed from stars’ front yards. Some will also address clients’ insurance and tax needs, but they often outsource investment strategy, Jones says. In rare cases, business managers put their own interests first. That complicates the advisor’s role, especially if the client trusts the business manager above all others. Jones says clients have sometimes asked his team to recommend a new business manager, creating an opportunity to build a productive partnership for the future.

Famous people can be difficult to impress. So advisors seeking to stand out from their peers must have a clear differentiator, says Morgan Stanley advisor Mason Champion. For example, saying no to a celebrity surrounded by yes-men. A golfing professional based in Lutherville, Md., Champion numbers NFL, NBA and PGA players among his current clients, and former clients have included music and movie producers. He has sometimes had tough talks with an athlete’s friends and family after they’ve mentioned purchasing a jet or investing in a so-called opportunity. 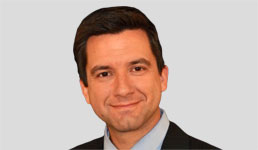 Mason Champion
“We can’t put a dome over our clients,” says Champion, who is part of Morgan Stanley’s new global sports and entertainment group and declined to reveal his AUM. “But we’ve been blessed to save clients from some of these schemes over the years.”

Because their lives are hectic, even financially sophisticated stars appreciate it when advisors can streamline things, according to David Schachter of UBS Wealth Management. Branded as Endurance Artist Management, his team oversees nearly $500 million. Half its clients are celebrities; the office is in Century City, Calif.

For example, a business manager recently introduced Schachter to a veteran film director who had been trying to get a mortgage on a new home. A local bank had forced the director to deal with several different associates, without offering a favorable rate. UBS presented a faster process with a single point of contact to secure the mortgage, Schachter says. The director has become an appreciative client who might generate future referrals.

Entertainers tend to be rather emotional and uninterested in quantitative details, observes Todd Morgan. He’s the chairman of Bel Air Investment Advisors in Los Angeles, an RIA that oversees $7 billion and has served celebrities since its inception in 1997. He’s found himself acting as an impromptu therapist for celebrities after talking to them about their financial bottom line.

That dynamic means advisors can’t allow themselves to be starstruck by their clients, he warns. “Twenty-five years ago, I was kind of in awe of some of these people when I first met them. Now, there’s zero awe, because I’m around them so much.”