Who Moves From Indie to a Wirehouse?

Experienced FAs who decide they want resources more than autonomy, that’s who.

As advisor Roxane Gehle recounts it, she had no plans in 2011 to leave the Raymond James–affiliated practice she was running with two assistants in Wayzata, Minn. Then a Merrill Lynch regional manager called her out of the blue and started an 18-month long courtship.

At the time, Gehle had been her own boss for 10 years at Integrated Capital Group, which oversaw $50 million in assets. Staying on top of everything from the property lease to the software to the toilet paper was taking significant time away from clients. In 2012, she accepted Merrill’s offer and moved to the firm’s branch a few blocks away, where she now manages $65 million and added 17 households to the client roster last year.

“Initially I had no interest in a wirehouse,” says Gehle. “I had a perception that was totally untrue. Everything that manager promised me, he delivered on.” The promises included a more sophisticated trading platform, colleagues versed in advanced financial-planning solutions and more time with clients.

Gallons of ink get spilled over the great advisor migration out of big brokerage firms. The dominant industry refrain is of a steady exodus of high-AUM talent and experience from wirehouses to the independent channel. But wirehouse recruiters say Gehle’s story is far from an isolated case. The large firms’ scale, infrastructure and brand power routinely attract advisors who have spent years running their own shops, they say. Despite its allure, being a full-time entrepreneur is not for everybody. 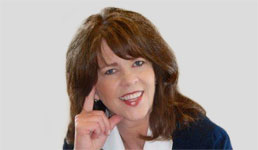 Bevin Crodian, head of FINcastle Consulting in West Chester, Pa., says he has seen advisors who began at a wirehouse go independent — only to jump to a different wirehouse several years later. And Ray Sclafani, founder of the Mount Kisco, N.Y., consultancy ClientWise, has coached several advisors on moving from independence to wirehouses. These advisors were motivated by factors such as access to institutional products, financially advantageous succession planning and a desire to mitigate compliance risks, he says.

Sclafani adds that these top-performing advisors felt they would make more money at a wirehouse than as head of an independent practice with a large staff and high operating costs. That perspective might shock anyone accustomed to hearing that independent advisors keep much more of their income than wirehouse advisors do.

But the transition comes with challenges, like moving clients over and adjusting to the culture of a mammoth firm. And even recruiters admit that among their experienced hires, non-wirehouse advisors represent a minority. In fact, they say, it’s hard to find an RIA owner with no broker-dealer affiliation who has switched sides. UBS did not respond to requests for comment on this story.

Wells Fargo regularly brings on advisors who’ve spent their careers at regional or small independent broker-dealers, according to Chip Walker, managing director of the firm’s private client group. He says these advisors are drawn to the culture in part because Wells Fargo is an amalgam of well-respected former small regional firms, and many senior managers at Wells Fargo started at such firms. That appeal stretches across Wells Fargo’s internal channels, not just the FiNet route for business owners seeking to maintain autonomy, according to Pete Sinton, director of experienced-FA recruiting.

“This is a business that does reward scale,” Walker says. “We think we can give them the best of both worlds. A lot of regional firms just can’t do that, especially with the rising regulatory and tech costs out there.”

When it comes to technology, Morgan Stanley believes its proprietary tools are a big draw for independents, says Michael McGowan, head of FA recruiting. The firm uses analytic software to assess an advisor’s clientele and find products clients actually want, according to McGowan. Then there’s what Morgan Stanley insiders call “the Facebook of FAs.” It connects people skilled in different client situations and investment models, allows advisors across the firm to follow each other’s blogs, and lets them partner with one another as needed.

“If you’re running a profitable business as an independent with a lot of clients and assets,” McGowan says, “we’re happy to recruit you.”