A new program sets out to fill practice gaps in existing teams.

By adding team-oriented, specialist training as an option in its development program for new advisors, Merrill Lynch hopes to accomplish two things.

Merrill launched the Team Financial Advisor initiative this week as part of its Practice Management Development training program. Participants retain the option to train as sole practitioners, Bank of America–branch-based advisors or team-based advisors. They may train in the TFA specialist track or as generalists in a program — also team-based — Merrill launched early this year.

The firm gets anywhere from 1,000 to 2,000 new trainees every year and currently has about 3,100. Its general program involves seven months of licensing and classroom study, followed by on-the-job training that can last another three years. Right now, only about 30% of enrollees make it through training — and Merrill has one of the most successful programs on Wall Street. Oden hopes to boost the finish rate to 50% over the next few years. 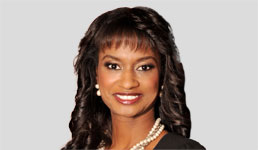 That’s at the heart of Merrill’s TFA program and other team-oriented tweaks to its training, says Alois Pirker of the consulting firm Aite Group. “The aim of getting trainees into teams early is to reduce the dropout rate,” he says. “Matching trainees to teams with specific needs is bound to maximize the survival rate.”

Oden says Merrill uncovered a “definite demand” for specialist trainees, in efforts, starting in 2011 and spearheaded by top executive John Thiel, to discover what the head office can do to help its advisors work more efficiently and profitably. “We identified ‘gap opportunities’ our advisors wanted to fill, and worked from there,” she adds.

Big brokerages like Merrill and Morgan Stanley have been pushing advisors — a notoriously individualistic bunch — into teams for about 20 years. They say team members can specialize in ways lone wolves can’t, handle more clients and provide for smooth transitions when advisors retire. About half of Merrill’s nearly 14,000 FAs are in teams.

The first TFA trainees start next month, though Merrill doesn’t know what kind of uptake to expect. For that matter, the firm has set no target for the number of TFA trainees. “It’s just an option,” Oden says. TFA trainees do the classroom work and get the general training of any other Merrill trainee, in addition to “what I call a master’s degree–level specialty, like financial planning or client service — whatever is needed to grow a practice,” she adds.

Teams looking for a TFA trainee can apply to their complex managers to start the process of finding suitable candidates. Teams that get specialist trainees must meet yearly performance hurdles, but these are primarily intended to gauge the program’s success and to set bonus benchmarks, according to Oden. No one gets docked or pulled from a team for coming up short.