When Clients Ask, “How Much Can You Make for Me?"

Advisors share tips for shifting the talk from returns to the big picture.

Clients shopping for an advisor naturally want to hear about investment performance. Portfolio returns are, after all, one way for wealth managers to quantify their value proposition. But investing isn’t all an advisor does, so many FAs are understandably reluctant to reduce their contribution to an average annual return. These advisors find ways to take the conversation to a better place.

“I want to be held accountable for helping each client’s financial well-being, not just an investment track record,” says Gerard Klingman, a New York-based Raymond James advisor who manages $1.5 billion. Yet he finds it’s common for prospects to come in with the question, “What can you make for me?"

Instead of getting frustrated, Klingman says he tries to meet such queries head-on. First, he explains that past returns — the only kind one can be 100% certain about — are helpful only if you think history will repeat itself. Then, he’ll use market indexes to illustrate how different asset classes perform over the long term. From there, he gets the client thinking about how several investment types combined in a single portfolio might perform in various economic environments. “We ultimately try to steer discussions to how different allocations might work under different market conditions and which mix might be right for them,” Klingman says.

A prospect who insists on being told a number for future returns, even while using the word “estimate,” is probably waving a red flag, says Peter Needham, an advisor at AEPG Wealth Strategies in Warren, N.J., with $800 million. Such a personality is more likely to be fixated on short-term trading than on long-term financial planning. “I’m not here to offer some magic elixir,” says Needham. “If someone doesn’t want to hear how our investment process works, then I’ve got no problem in letting them walk. It’s just not going to be a good fit for either party.” 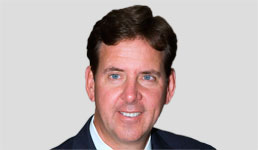 But Needham says these types are actually fairly rare. Even most prospects who start out return-obsessed can be guided to think about goals instead. For example, a woman in her mid fifties working in tech as a mid-level manager contacted him last year after being referred by a friend. Most of her $2 million portfolio net worth was in CDs about to mature. “Her one and only concern was to find an advisor who could build a portfolio that would generate higher returns,” Needham says.

He told her he needed to do some due diligence before submitting a formal proposal. “She could appreciate that we wanted to do our homework first, not just blurt out a quick response,” says Needham, who didn’t suggest a portfolio plan until the client had undergone a thorough risk-tolerance evaluation, three more meetings and numerous follow-up calls and e-mails. Now, Needham is working on areas that have nothing to do with investment returns: lapses in her auto, homeowner and health insurance.

Answering a question with a question can work when a prospect is preoccupied with portfolio returns, says Chance Carson, an advisor at Intervest International in Colorado Springs, Colo., with $510 million in assets. He likes to ask overanxious investors: How much do you need to generate each year to make sure you won’t run out of money?

Most people don’t have a clue, according to Carson. “Almost always, questions about how much a portfolio can be expected to earn are born out of a fear that their investment capital might run out before they die,” he says.

Calculating expected expenses through retirement puts conversations on a more realistic footing, according to Carson. Often, his high-net-worth clients think they need a much higher lifetime rate of return than they do to maintain living standards — a mistake that causes them to take unnecessary risks. Talking about monthly cash requirements rather than abstract investment targets brings them back to earth.

“The numbers aren’t as important as how interjecting a new thought process into the dialogue can subtly shift a person’s focus,” Carson says. “It becomes less about beating markets and more about maximizing income streams.”