The sooner clients start thinking about these crucial agreements, the better.

Many advisors, hearing a client announce an impending marriage, feel reluctant to bring up prenuptial agreements. Who wants to turn a conversation about mutual adoration and commitment into one about unpleasant what-ifs? Nobody — and that’s the point. Clients would rather not be the ones who start talking about divorce before they’ve even walked down the aisle.

“Your clients might be relieved if you initiate the discussion about prenups,” says Deborah Danielson, founder of Las Vegas-based Danielson Financial Group, which manages $500 million in assets. “They don’t always want to be the ones to bring up the subject first.”

The conversation should be informal and non-threatening, says Danielson, who likes to work prenups into the conversation casually. When a client mentions that he or she is on the verge of getting married or engaged, Danielson may say something like, “Do you already have a lawyer in mind to help you draw up the prenup?”

“My tone is just as neutral as if I were saying ‘Who are you getting your car insurance with?’” Danielson says. That way, the prenup process seems like part of standard pre-wedding planning, rather than something dramatic and emotionally heavy.

Vickie Adams, a financial planner based in San Pedro, Calif., who manages $100 million, has a lot of experience working with divorcing clients. She’s seen enough that she now makes a point of mentioning prenuptial agreements in her meeting with single clients — even those who haven’t necessarily shared whether or not they’re dating. “Clients can be shy about telling you that they’re getting serious with someone,” says Adams. “The first you hear about their new partner may be after they’re engaged.”

So that the conversation doesn’t come out of the blue, which might make a happy, excited client feel blindsided, Adams mentions prenups whenever it seems natural — generally in relation to other people. “Everyone where I’m from is talking about [L.A. Clippers owner] Donald Sterling’s divorce,” she says. “You can use something like that as a talking point.” 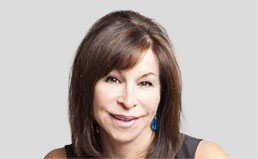 A conversation framed around division of assets can put the lesser-earning spouse on the defensive. Instead, Adams suggests, remind clients that the prenup process is really about improving communication and exploring values. And just as it’s important not to spring the prenup conversation on clients, an advisor should counsel a newly engaged client not to shock his or her partner by suddenly presenting a completed contract. “Ideally, drawing up a prenup should be a collaborative process and one that happens over time,” says Adams. “That gives both parties a chance to feel heard and time to work through any emotions that come up.”

Tim Pagliara, chairman and CEO of Franklin, Tenn.-based CapWealth Advisors, with $1.1 billion under management, sees the prenuptial process as one of disclosure. “Before the clients go in to meet with an attorney, they need to have some understanding of what their expectations are,” he says. “There are so many different ways to handle these things.”

For example, a couple may agree to divide their assets equally between their children from previous marriages. But to one person, that may mean an equal share goes to each child, while to the other it means 50% goes to the wife’s two children and 50% goes to the husband’s three children. Unless specific terms are addressed in advance, such minor disagreements can create unexpected conflict. “Because the advisor knows the clients and their financial situation well, they’re in the best position to help clients hash those things out before the meeting with the attorney,” Pagliara says.