Clients Who Save Excessively Need Help, Too

Obsession with retirement is just as financially unsound as a casual attitude.

For many Americans, saving enough for retirement is a major financial challenge. But some have the opposite problem: They get so fixated on the process that they save more than they need to. Although piling up “too much money” for retirement might sound impossible, advisors say it happens — and can have unintended consequences. Clients who lean toward overpreparedness need help just as badly as those who aren’t saving enough, according to wealth managers familiar with the phenomenon.

Linda Pietroburgo, principal of Clayton, Mo.-based Moneta Group, which manages $14.8 billion, estimates that around 10% of her clients have “unreasonable anxiety” about whether they can fund a comfortable retirement. “It’s one thing if you have a substantial amount saved, and you are planning for it to go to a foundation or to create an educational legacy for your family,” she says. “But there’s another kind of client who is on course to have a lot left over, and who doesn’t really have an intention for that money.”

Pietroburgo recalls working with a couple whose different attitudes toward saving caused conflict. The husband, worried about having enough to retire on, was excessively frugal. His wife pined for a long-postponed and entirely affordable vacation. In situations like these, Pietroburgo says she tries to help clients understand the roots of their anxiety. For example, she discovered through patient questioning that another client was scared of winding up like his parents, whose post-retirement finances cycled through booms and busts. 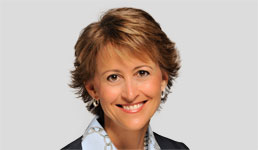 Another strategy Pietroburgo uses with overly fearful clients is asking them to describe what terrifies them most — say, 10 successive years of negative equity returns. “Often, even when we model out their worst-case scenario, they’ll see that they still have money left,” she says. “That helps them see the irrationality of their fears.”

Indeed, says Allison Berger, a planner with Raleigh, N.C.-based Financial Symmetry, which has $186 million under management, clients who fixate on building enormous retirement accounts usually do so because they’re afraid of market downturns. In Berger’s experience, charts showing long-term historical trends are unlikely to change these clients’ minds. Instead, she says, it may make sense for advisors simply to indulge their conservatism.

Pulling all their money out of equities — a radical and dangerous move for the average investor — can be just what the doctor ordered for overanxious clients. “If they’re in a good enough position that they don’t need more than a 1% return for the rest of their life, then maybe they don’t need to be invested in stocks anymore,” Berger says. “If they’re a very conservative client with a lot of fear of the market, that can help assuage those anxieties.”

She has seen clients keep building a nest egg even though they can expect to live on income from a generous pension. Others have saved so much that even the most generous withdrawal rates will leave them with a huge balance late in life. The issue is “just as important to flag as overspending,” Berger declares.

When Berger sees the warnings signs of oversaving, she approaches the topic with care. “I won’t come out and tell clients they have too much money,” she says, adding that clients rarely bring the problem up on their own. She frames the discussion as a question of long-term choices, asking which they would prefer: upgrading their current lifestyle or leaving an inheritance for children and grandchildren.

It’s important to address oversaving before clients become indifferent or frail, cautions Julie Zakarias, principal of Chicago-based Generations Family and Fiduciary Services, which has $52 million under management. Zakarias recalls one client couple who, despite some gifting and estate planning, had considerably more savings than they would need in their lifetime. “When we approached them to discuss their goals for that money, they kept putting us off,” Zakarias says. “They were dealing with health issues, and they really didn’t feel up to it. It was a good reminder of why you need to have these conversations early on, even if the issue doesn’t seem like it’s of immediate concern.”