Commissions vs. Fees — Why So Much Fury?

The debate brings out the worst in advisors and does nothing for clients.

Stories about advisor compensation models have a tendency to incite rage in readers, especially at wirehouses and independent RIAs.

“Please stop with your hollier [sic] than though [sic] bullshit,” commented a reader called “loving Bank America” in response to our Feb. 20 article on the potential consequences of restricting commissions, after explaining, “there is almost nobody in the world that pays more in a commission relationship than in a fee-based one.”

And our Nov. 26 story on why the commission model deserves more respect drew contempt from a fee-only advisor who clearly considers it a deterrent to financial planning. “After collecting $2,250 in commissions, the salesperson has no obligation to provide any further service,” the advisor wrote.

What is it about this debate that makes advisors so furious? Based on interviews with advisors and consultants from across the compensation spectrum, the answer seems to boil down to bruised egos and lack of trust. Experts say neither commission-based nor fee-only service is completely free from conflicts of interest, although many agree the fee-only model is gaining momentum because it offers less incentive to cheat the client. Even that trend, however, may be due to savvy marketing on the part of independents trying to exploit the few chinks in the wirehouses’ armor.

Lack of trust on the independent side stems from seeing prospects stroll in with no idea how much they pay their current brokers in commissions, according to Perry Moore, director of wealth planning at Payne Wealth Partners in Evansville, Ind., which manages $425 million and is a fee-only firm.

Moore says many brokers’ disclosure is so poor that clients’ estimates of what they pay in total fees can be $20,000 off the mark. “See that enough, you start to stereotype folks,” Moore says.

In college, his financial-planning professors drilled into him that commissions create conflicts of interest and the fee-only model is better for clients. So he has never collected a commission. And Moore says he has advisor friends who spend their days suggesting clients make frequent trades or pour money into particular funds — things Moore has little desire to do.

On the other side of the fence, one veteran broker who spoke on condition of anonymity suggests indie advisors’ scorn on the subject of commissions is the result of plain old sour grapes. In fact, the source says, a lot of advisors set up shop as independents because they couldn’t hack it at the wirehouses. Part of their failure was missing production hurdles, and part of it was an inability to assimilate by adopting the speech, dress and comportment appropriate for working with high-net-worth clients, according to this source. Such advisors would naturally envy and resent those who made the cut.

Other wirehouse brokers are fed up with what they see as unjustified self-righteousness on the part of many independent advisors. It’s not the norm, but it’s common enough to be noticeable, says managing director Bill Schwartz of Highline Wealth Management, a Rockville, Md., firm that manages $1.3 billion. Schwartz previously spent more than five years at Merrill Lynch. 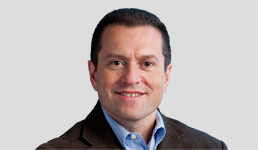 Bill Schwartz
“In reality RIAs have conflicts, too,” he says. “Rolling a client’s 401(k) into an IRA to start collecting fees. Getting paid to give referrals.” So when broker-dealers see RIAs get on a high horse, Schwartz says, “a lot of them think, ‘Give me a break, let’s be real.’”

Yet no amount of animosity can turn the tide of market forces. After all, says Bevin Crodian, the head of FINcastle Consulting in West Chester, Pa., until 30 years ago the fee-only model barely existed at all, and now it’s gaining momentum in response to client demand. Crodian, who has worked with commission and fee-only advisors alike, says that just as there are people on both sides who treat clients ethically, a compensation model alone won’t stop a corrupt advisor from cheating clients. But he sees the fee-only model as the future, and says many longtime brokers tell him they would break away if it weren’t so late in their careers.

Of course, clients are best served by an advisor with an open mind and a calm, realistic view of the marketplace. “We [independent advisors] love to say we don’t take commissions, but we’re not saying we’re the low-cost provider,” says Schwartz. “If you’re a buy-and-hold client, you’d rather pay the commission. Which is why I do holistic work: to earn my keep.”