Your Clients Are Too Rich for Medicaid? Think Again

Most people who employ a wealth manager are too well-off to need Medicaid — or so they think. As lifespans lengthen and long-term health care costs spiral higher, the benefits program may well play a bigger part in clients’ lives. Experts suggest advisors know enough about it to help clients and their relatives make good decisions about paying for late-life health care.

Even clients who retire with a healthy nest egg can be financially devastated by a medical condition that requires long-term care. On average, monthly nursing home costs run $8,000 a month, and the average patient stays three to five years. But a client with Alzheimer’s or Parkinson’s disease may need care far longer. That can quickly burn through retirement savings, threaten the welfare of a healthy spouse who still needs income, and wipe out any legacy intended for heirs.

To self-insure — that is, to set aside enough to cover expenses out-of-pocket — a couple needs at least $3 million, says Leslie Beck, owner and principal of Compass Wealth Management in Maplewood, N.J., which has $25 million in assets under management. “Every client needs to consider how they’re going to pay for long-term care,” says Beck. “Most put the whole thing off until a medical crisis.” 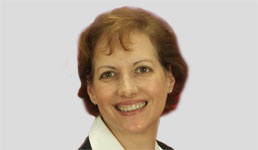 Clients often postpone buying long-term care insurance until it’s too late to get an affordable policy, says James Ryan of Opus Advisory Group in Purchase, N.Y. Furthermore, he adds, insurers aren’t writing policies with unlimited benefits anymore. “The product doesn’t cover what it covered even three to five years ago,” says Ryan, whose firm does not manage client assets. Premiums have skyrocketed, too.

Enter Medicaid. The biggest misconception about the safety net, eldercare experts say, is that people must essentially be bankrupt to be eligible. Thus, clients often ask financial planners and lawyers to help them put assets in trust or use other gifting strategies that preserve an estate for children while impoverishing them enough to get Medicaid. The earlier such transfers take place, the better, as the government frowns on so-called Medicaid planning. Benefits administrators will question transfers that take place during the five years — “five-year look-back period” — before a person applies for Medicaid.

But the rules are less onerous than commonly believed, say eldercare lawyers. For one thing, a primary home in which the spouse, children or other relatives of a sick client live isn’t considered a “countable” asset for Medicaid eligibility purposes, up to a value of about $700,000, says Matthew Ferrara, an estate-planning attorney in Farmington Hills, Mich. And the healthy spouse of a Medicaid recipient may continue to receive income of nearly $3,000 a month.

Even asset transfers may not raise eyebrows, says Ferrara. For example, if a client has had a regular gifting program in place for many years prior to the look-back period, the state may allow continued asset transfers to a charity or a child even during the five years before applying for Medicaid.

Nor is the look-back period an all-or-nothing proposition, says Bruce Vaughn, an advisor at VLP Financial Advisors in Vienna, Va., which has $400 million in AUM. Rather, a client who makes an asset transfer within five years of needing Medicaid must wait for benefits according to a formula. For example, if a client lives in a state where nursing home costs average $6,000 per month, and she transfers $120,000 into a trust in her child’s name shortly before applying for Medicaid, she must wait 20 months (120,000 divided by 6,000) to get benefits — not five years.

Some advisors caution against allowing clients to become too obsessed with protecting assets. “I had a situation recently where kids were paying for their parents’ care and saving the parents’ assets,” says Ryan. “But the parents are in their eighties and are going to end up on Medicaid anyway.” Ryan told the children that spending their parents’ money on long-term care made more sense than spending their own savings. “When it comes to kids taking care of parents, the first thing on their list is usually asset protection,” says Ryan. “But in some cases, the first priority should be staying at home and getting the care they want.”

Ryan expects Medicaid eligibility rules to change significantly in the not-too-distant future. So he doesn’t recommend that clients in their fifties plan around the program. Still, he says, “no matter how wealthy you are, you should recognize there’s a program out there.”

Ferrara recommends that advisors enlist the help of an attorney or financial gerontologist to bone up on Medicaid rules before initiating discussions with clients.

“From my experience, very few advisors know what Medicaid covers,” he says. “It’s an area of law and entitlement that is confusing, and people don’t understand what it does and doesn’t do.”