What to Do if a Gold Digger Hooks Your Client

Imagine having a wealthy client who discovers the affectionate man she recently married is only after her money. Bad, right? Now imagine you figure it out before she does. Whoa.

“Telling your client that the relationship they are in isn’t what they think it is can be very disruptive,” says Steve Burnett, president of Hanson McClain in Sacramento, Calif., which has more than $1.4 billion in assets under management. Even clients who trust their advisors deeply, he says, may fire them when confronted with such a proposition. For that reason, Burnett suggests, it might be safer and more effective to speak to a concerned family member as well.

It’s not easy to open a love-struck client’s eyes about an exploitative partner, experienced advisors say. After all, you’re basically shattering a romantic dream and crushing your client’s ego. But if you succeed in rescuing his assets from the clutches of a gold digger, you’re likely to win his profound gratitude. Nor is this an act of pure altruism. Huge sums spent on manipulative lovers can seriously deplete clients’ net worth over time.

Any rich person can fall prey to a moocher, but wealthy widows, widowers and divorcé(e)s are prime targets. They are often — though not always — people of mature years. “If your client is marrying a much younger man or woman, beware,” says Justin Reckers, director of financial planning at Pacific Wealth Management, a San Diego firm that manages about $166 million.

Reckers, who is also CEO of the RIA’s sister company Pacific Divorce Management, recalls a client in his fifties who married a young model shortly before she bore him a child. Five years went by before the man approached Reckers with questions about his bank statements. Reckers noticed frequent and hefty debit card transactions at luxury retail stores — whose goods were subsequently returned for a refund. But the refunds weren’t making it back into the client’s account.

Reckers called a meeting with the client and his wife to discuss “budgeting” and confronted her about the missing money. She left in a huff. After discovering that she had sent tens of thousands of dollars to her mother, who lived in another state, the client divorced his wife and thanked his advisor for helping expose her scheme. “In civil court you’d call it embezzlement,” says Reckers. “Tell clients to pay attention to their cash flow.”

Prenuptial agreements can act as strong deterrents to gold diggers, and they’ll save the day if a smitten client goes ahead and ties the knot with one. Advisors should help clients introduce the contract as one that protects both members of the couple — a way to ensure that each spouse is provided for in case the marriage ends. Phrased lovingly, a prenup can even be positioned as “romantic,” says Reckers. 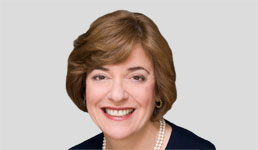 Barbara Shapiro
Male con artists sometimes flatter their way into the hearts of wealthy divorced women, according to Barbara Shapiro of HMS Financial, a firm in Dedham, Mass., that manages about $150 million. Just last year, one of her clients fell for a guy about her age after meeting him through an online dating service. The woman was over 50, with a large home and four kids attending private colleges. The man spent more and more time at the client’s house, getting treated to expensive dinners and gifts, until he was virtually living off her. He never invited the client to his place or to meet any of his friends. Finally, the client started noticing inconsistencies in the man’s stories about his past. She went for a reality check to Shapiro, who admitted that he seemed like a fraud, and the client soon dropped him.

Shapiro notes that people getting divorced after 30 years of marriage may not be well equipped to recognize online scammers. “This is new to them,” she says of online matchmaking services. “There was no Internet the last time they were dating.”