What Not to Wear: Fashion Advice for Advisors

Image consultants recommend that financial advisors don formal business attire for almost all client-facing occasions, regardless of weather, geography or clients’ casualness. And most advisors heed that guidance.

“You’ll never see me in jeans,” says Sarah Casey, an advisor at Mason Investment Advisory Services in Reston, Va., which has $3.3 billion in assets under management. She adheres strictly to a pantsuits-only policy, tweaking the look only if the prevailing culture at a company she intends to visit is extremely casual. She even avoids open-toed footwear. Relaxed clothing changes people’s attitudes toward the wearer, she says, and not always in a positive way for getting business done. “It’s always better to go overdressed than underdressed,” Casey concludes.

Sylvie di Giusto, a personal branding and image expert in Lower Manhattan, whose clients include many Wall Street executives, recommends that financial advisors avoid styles that project their personality as “creative, innovative and funny.” Instead, she says, they should try to communicate that they are “stable, conservative and trustworthy.”

For men, that means suits in traditional colors (navy or charcoal); women, too, should stick to suits (either pants or skirts with hems no shorter than one finger above the knee). Giusto’s professional wardrobe credo says that flip-flops belong on the beach and yoga pants belong in yoga class. And advisors should never be seen in shorts or “hooker heels.” Don’t neglect your feet, she warns: Every advisor should own a pair of “power shoes,” footwear that provides comfort, polish and stature.

Nancy Klompus, a wardrobe stylist in Dallas whose clients include financial advisors, opines that brown dress shoes are preferable to black ones for men, because they appear less slick. “It’s all about the details,” she says. She tells clients to groom themselves carefully and keep leather accessories well shined. “People don’t notice when you do these things, but they do notice when you don’t,” she says. She also recommends that advisors strive for “a multigenerational style statement,” which means “never looking dated, but never looking too trendy.”

Still, plenty of advisors play fast and loose with the rules. For example, depending on office location, dress codes vary at advisor Greg Aloia’s firm, Abacus Wealth Partners, which has $850 million in assets under management and branches on the East and West Coasts. In the Philadelphia office, Aloia wears a tie to all client meetings; his colleagues in Santa Monica, Calif., go without. Yet even in Philadelphia, some younger Abacus advisors have been known to show up for client meetings with “the stubble look,” Aloia says.

Heydon Traub of Traub Capital Management in Needham, Mass., which has $145 million under management, says his client roster includes mostly friends and friends of friends. So he’s comfortable meeting with them in khaki pants and a nice shirt. He’ll put on a suit and tie for a new-client meeting — but not always, he says. 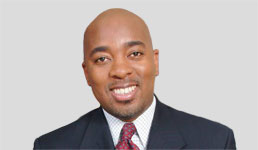 Martin Smith
Martin Smith, president of Wealthcare Financial Group in Bowie, Md., takes clothing cues from his clients and his destination. When Smith returns to his native northern California, he wears khakis. In south Florida, where clients arrive in shorts and floral shirts, “I’ll do upscale business casual,” says Smith, who manages about $10 million in assets.

Nancy Seely-Butler, an ex-advisor who sold her practice in 2007 and now coaches other advisors, doesn't hold with that approach. She insists that advisors wear business attire for client meetings. If they want to observe casual Fridays, she tells them to put a sign outside their office entrance along the lines of “Our dress is casual, but our service is professional.”

But she knows of one advisor who never dresses up for clients meetings — yet this advisor has doubled her assets under management in the past year. “It works for her,” Seely-Butler concedes.