Earl Jefferson, president of LegacyTexas Wealth Advisors, takes a head-on approach to reminding clients of his firm’s importance to them.

Jefferson sends clients birthday cards, sure, but every year he also sends each one a note to mark the anniversary of his or her signing on as a client. He also e-mails them with monthly performance reports and links to his blog.

In other words, Jefferson, whose Plano, Texas-based firm has $75 million in assets under management, looks for “touch points” — marketing-speak for the excuses businesses use to contact customers and remind them of their value. And while most financial advisors see touch points as necessary to brand building, they use them in different ways. 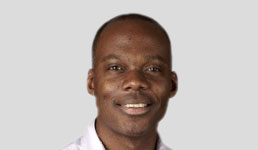 That’s one reason Jefferson doesn’t hesitate to reach out when he spots significant financial activity clients haven’t discussed with him in advance. He recently contacted a client “to make sure that he was aware of the cost of borrowing” from a margin account. He asked if the client wanted to sell stock instead and put cash into the account or if he was intentionally trying to avoid any capital gains.

“It’s not my personality to do that,” says Bivings, whose firm manages $55 million, according to its latest ADV filing with the Commonwealth of Massachusetts. She prefers what she views as subtle approaches to this aspect of marketing. She writes her own investment reports and sends them to clients with their quarterly investment-performance reports. 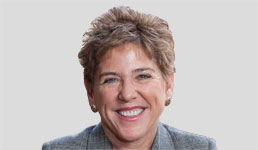 Instead of meeting with customers three or four times a year — “overkill” for most of her busy clients, she says — Bivings sends them short, “plain English” ruminations on current events that affect her clients’ finances. In addition to informing and reassuring clients, these missives are meant to generate attention, so she’s pleased when clients share them with friends and other potential prospects.

Bivings also “looks for an excuse” to contact clients she hasn’t heard from in a while. Knowing that one client’s daughter was about to get married, she reached out to make sure the client had enough money in his account to cover all the incidental expenses that can crop up at such times. She contacted another client, one on the brink of launching his own business, to ask if he had thought of getting private disability insurance.

Laila Marshall-Pence, a principal of Pence Wealth Management in Newport Beach, Calif., sponsors events to help her keep in touch with clients. She invites clients to intimate seminars in her office. In addition, she hosts an educational luncheon for all her clients every spring, plus a smaller, much swankier party in December for clients who have made referrals during the past year. “It’s our way to say thank you,” she says.

The LPL Financial affiliate, which has about $1 billion under management, also has a blog to keep its name before clients and publishes an e-newsletter every three months, says Dryden Pence, another Pence Wealth Management principal. But he says the firm sends e-mail “blasts” to clients only “when we think something important has happened” — usually once or twice a year.

“Our clients actually thank us for that,” adds Pence. “They tell us, ‘You only send those when we need to read it.’ ”