Compliance, marketing and fees are areas of particular concern.

When Chris Chen left Lincoln Financial, where he was a broker, and established his own independent RIA early this year, he did it for some of the reasons others give for making similar moves. He wanted to advise clients, he says, not sell them products, and he wanted to be in a position to be crystal clear about his motivations and compensation.

But the transition wasn't without snags, and Chen and others who have moved from brokerages to RIAs have warnings for those planning to do the same. Newcomers will have to grapple with compliance on their own — or sort out how to find suitable and affordable vendors in that realm — and they face similar challenges with regard to marketing, technology and fee structures. More to the point, advisors who start their own RIAs quickly find that the enormity of the transition sometimes puts core business operations on the back burner.

As a result of these operational headaches, "you’re going to be a little short on clients for a while,” says Chen, managing member of Insight Financial Strategists in Arlington, Mass., a five-month-old firm with about $10 million under management.

In sorting through the many choices he had to make as a new RIA owner, Chen says a career in informational technology prior to his financial-service career came in handy for vetting RIA-compliance outsourcers. The challenge was gauging who offered what and for how much, then sitting down to weigh how much compliance he could handle in-house and how much he was willing to pay to have the rest done. Once he decided to handle most day-to-day compliance on his own, he steered clear of all-in vendors and chose a software-and-services package with enough wattage to guide him through compliance for a price tag he could live with. 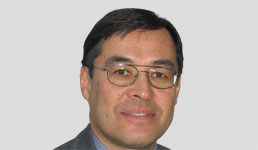 Chris Chen
But Chen didn't foresee the obstacles he'd encounter in branding and marketing his new business, and he was especially stumped by social media. “You can’t do anything you want" when it comes to Twitter, LinkedIn and the like, he says. "You want to be mindful of building a business rather than playing with every toy” out there. One way to avoid the kid-in-a-candy-store syndrome is to pick a niche — Chen’s is divorce planning — and shape your website and other marketing elements to highlight that specialty.

Given Chen's background, it may come as no surprise that he considers search-engine optimization an important part of his firm's online marketing strategy. But he has yet to find a provider with robust enough performance data to get him to reach for his wallet.

Everett says most online marketing programs that, in scale at least, suited a firm of Talis’s size (it manages about $155 million) were "developed for insurance agents and other types of financial advisors” and “inappropriate” for RIAs.

He believes that the fiduciary standard makes most turnkey marketing impractical for RIAs, which must be more careful than brokers about the promises they make to clients. “It’s as if you’d have to purchase the extra space of two or three billboards to cover the fine print you’d want to add,” he says. That's one reason Everett opted to keep compliance in-house.

After compliance and marketing, Everett sees fees as the major stumbling block for new RIA owners. While it can be tempting to make a low bid to pull in customers, that can leave an advisor with little to spend on marketing, he says.

So Everett recommends keeping fees on the high side and working with fewer clients at first — provided you use excess margin for marketing. "A lot of people don’t survive because they price themselves too low,” he says.