From his early days in a small town in Pennsylvania, Andy Sieg has become one of the most prominent figures in wealth management.

This is part of a series of profiles of top executives in the wealth management industry.

The president of Merrill Lynch Wealth Management had a stint in the White House prior to embarking on his career in finance.

Andy Sieg was born in 1968 in Centre County, Pennsylvania, and grew up in the small town of Bellefonte with his parents and two brothers. “My parents were from Bellefonte, they had grown up there,” he said during an appearance at the Greenwich Leadership Forum in 2017. “My father’s business was a real estate development business that was in that community and around Pennsylvania and a few other parts of the country.”

Sieg attended nearby Penn State University, where he played lacrosse and graduated in 1989 with a bachelor of science in economics. After graduation, he began studying for a master’s in public policy, business and government relationship at the Harvard Kennedy School. In May 1990, he started work in the George H.W. Bush White House, going on to serve as an aide to the assistant to the president for economic and domestic policy, a position he held until September 1991. Sieg then returned to Harvard to complete his master’s degree.

He graduated in 1992 and entered the financial services industry in December of that year. “I got a job at Merrill Lynch that was very exciting and all-encompassing,” he said during the Greenwich Leadership Forum.

Sieg joined Merrill as an analyst and went on to become a managing director during what would be his first stint at the firm. After more than 12 years at the wirehouse, he joined Citigroup in May 2005, where he worked as managing director of myFi before leaving the company in September 2009 to return to Merrill.

He spent just over seven years as managing director and head of global wealth retirement solutions before succeeding John Thiel as head of Merrill Lynch Wealth Management in January 2017. 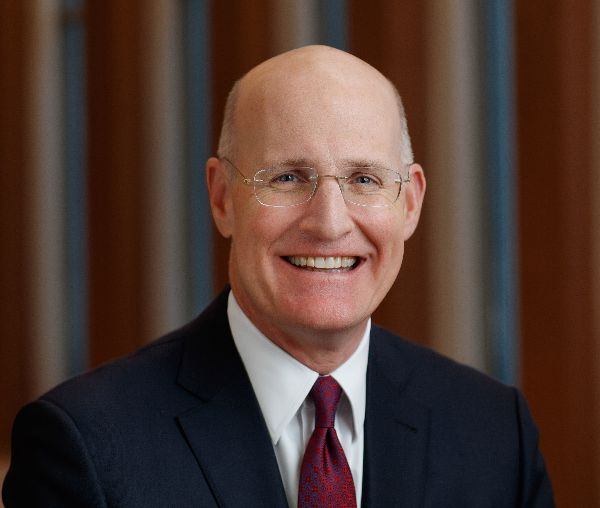 As Merrill’s wealth management chief, Sieg has earned a reputation for championing technology. Speaking on the Barron’s Advisor “The Way Forward” podcast in 2020, he highlighted the innovative ways that advisors are engaging with clients. “One of our top advisors, with only about 24 hours’ notice, put together a webinar using WebEx, got an invitation out to their clients, had 240 clients simultaneously on a video conference talking about current market conditions and the like,” he said. “Figuring out how to scale client interaction is something that has really impressed me — it’s very technology-centric.”

In April 2022, Sieg said the wirehouse’s clients are looking for a combination of “high-tech” and “high-touch” service from their advisors.

“Clients want an advisor who can deliver a blended service model that’s both high-tech and high-touch, with access to advice and guidance when they need it, along with digital capabilities that make managing their financial life easy, convenient and secure,” he said in April.

“We’re driving responsible growth through our Modern Merrill strategy by serving our clients completely across investing, banking, lending, trust and planning to bring it all together, providing easy and secure access through digital tools,” he added.

A record 81% of wealth management clients of Merrill and BofA Private Bank engaged with the company digitally in the first quarter, according to Sieg.

Sieg is not the only member of his family to achieve prominence in the financial industry. His brother Phil Sieg was appointed chief executive officer of JPMorgan Advisors in 2021 and brother Doug Sieg is CEO of asset management firm Lord Abbett & Co.

Andy Sieg’s family also has strong links to the world of sports. His wife Heliane Steden is a former professional tennis player who represented Mexico in the Federation Cup and won a bronze medal at the 1983 Pan American games. Their daughter Madison Sieg is one of the top junior tennis players in the U.S.