More people have left the state over the last decade than moved in, according to a report by real estate broker Redfin.

California has the highest tax rate in the U.S. and more people left the state over the last decade than moved in, according to a report published this month by real estate broker Redfin.

“During the pandemic … I think it’s as easy a time as ever really to move, and some people took advantage of it,” says Summit Trail's Palecek.

Many are moving to Florida, for example, “from places like California and the East Coast because they can work remotely. They figure it’s a pretty good deal to pay no state income tax and live at the beach," Jacksonville, Fla.-based Redfin real estate agent Heather Kruayai says in a statement.

At least six of Summit Trail’s clients have moved from California to other parts of the U.S. and Puerto Rico, Palecek says.

For other clients, the line of questioning about the financial consequences of moving out of California ends when they consider how it would impact their family and their lifestyle, according to Palecek.

Palecek says he stresses several key considerations for those seriously considering relocating. “You’re almost 100% going to get a residency audit,” for example, he says.

California is “very aggressive about collecting state income tax they believe you owe, and trust me, they will track you down,” San Diego-based Brotman Law says on its website. “Many of our clients have had their residency challenged when it comes to filing their taxes. The Franchise Tax Board (FTB) will scrutinize your bank records, records of purchases and other transactions to make their case that you, indeed, are a resident of California.” 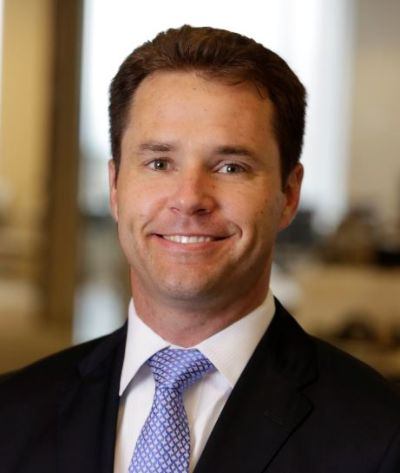 Tom Palacek
Clients considering a move need to ask themselves if it is reasonable for them to spend more than six months in another state, Summit Trail’s Palecek says.

A residency audit will look into things like where the person has membership affiliations, where their cars are registered, where their children go to school and what state driver's license they have, he says.

Then there’s the six-month presumption in California residency. If a taxpayer spends an aggregate of six months — 183 days to be exact — or less in California during the year, is domiciled in another state and does nothing while in California other than what a tourist or visitor would do, then there is a rebuttable presumption of nonresidency, according to Mariner Law.

“For clients that said they weren’t sure if they could spend six months out of the state, I told them they shouldn’t cut it close,” Summit Trail’s Palecek says. He recommends that clients use residency calculators or apps to track their location.

That rang true for clients who were considering moving out of the state for a large tax event, such as the sale of a company. Palecek says case law in California has ruled in favor of the state when pursuing back taxes on individuals who moved away for fewer than three years before returning.

Palecek says it’s also important to remind clients they’ll likely still be filing taxes in California if their business or job is based there — just not as a resident.

“What it really comes down to is that if you’re doing it, you need to go through a strict checklist and work with your accountant to make sure that they’re comfortable with you signing a tax return that says you’re not a resident,” he says. “This is something where you need to cross your t’s and dot your i’s.”

Palecek expects the line of questioning about moving out of California to increase, especially as more technology companies allow employees to work from home moving forward and federal tax rates are likely to rise.

“If you’re a senior engineer in the Bay Area and you realize, ‘I don’t even need to come back to the office,’ your kids are in college and you have a couple of big years ahead or you’ll be selling stock, I think for a lot of those individuals it’s now feasible for them to leave the state,” Palecek says.

“A lot of these individuals are now saying to themselves, ‘I can move out of state, go live in Tahoe or the mountains and probably retire multiple years earlier than I originally planned.’”