Pershing On the Hook for $5.6M Over Stanford Ponzi Scheme

A Finra arbitration panel has ordered Pershing to pay more than $5 million in a claim accusing the firm of aiding and abetting a $7 billion Ponzi scheme involving a bank in Antigua, according to the industry’s self-regulator.

The first claim, filed in November 2018, accused Pershing of breach of fiduciary duty, negligence, breach of contract, violation of Finra’s anti-money laundering rules and more, alleging that the company aided and abetted a Ponzi scheme involving certificates of deposit from Antigua’s Stanford International Bank, according to an award document published by Finra.

The claimants originally sought around $2 million in compensatory damages and punitive damages of at least three times that amount, as well as pre- and post-judgement interest and all costs associated with the claim, Finra says. At the hearing, they sought over $17 million in total damages, according to the award document.

The second claim, filed in December 2018, accused Pershing of the same violations and sought the rescission of the CDs issued by SIBL purchased by Bedsole Claimants, $2.7 million in compensatory damages, plus punitive damages at the discretion of the arbitrators, pre- and post-judgement interest and all costs and fees, Finra says. 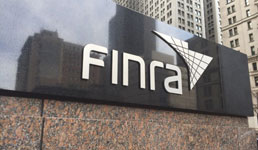 A third claim against Pershing came in January 2019, also in connection with the Stanford scheme, according to the award document. The third set of claimants sought $2 million in compensatory damages, plus punitive damages at the discretion of the arbitrators, pre- and post-judgement interest and all costs and fees, Finra says.

The three claims were consolidated in March 2019, according to the award document.

The arbitrators ordered Pershing to pay the claimants a total of around $5.6 million in compensatory and punitive/exemplary damages, ranging from $8,235.44 to $454,733 per claim, Finra says. The panel also ordered the company to pay $750 in Finra fees but denied all other fees and ordered the parties to cover all other costs on their own, according to the award document.

A federal jury found R. Allen Stanford guilty in June 2012 of running a 20-year fraud scheme that resulted in the misappropriation of $7 billion from Stanford International Bank to pay for his personal businesses, according to the U.S. Justice Department. He’s now serving a 110-year prison sentence while five other defendants in the case have received sentences ranging from three to 20 years in prison, the agency says.