Criterion Wealth Management Insurance Services and its two co-owners at the time allegedly failed to disclose to clients more than $1m in fees paid to them by fund managers.

The SEC says it’s charged a California investment advisory firm and its co-owners with failing to disclose more than $1 million in fees paid to them for peddling real estate investment funds.

From 2014 to 2017, Santa Clarita, Calif.-based Criterion Wealth Management Insurance Services and its co-owners at the time, Robert Gravette and Mark MacArthur, allegedly breached their fiduciary duty and defrauded their clients when they failed to disclose conflicts of interest when recommending that clients invest in four private real estate investment funds, according to a litigation release from the SEC.

The firm and its owners allegedly got their clients to invest more than $16 million in the funds but failed to disclose that the unnamed fund managers paid them $1 million on top of what they charged the clients directly, according to the complaint, filed in the U.S. District Court for the Central District of California. 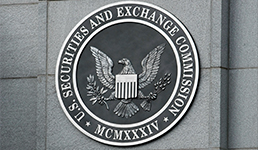 Furthermore, the defendants allegedly failed to disclose to investors that they were incentivized to keep the clients in the funds because of an agreement for additional recurring compensation based on the amount Criterion’s clients had invested in the funds, the SEC says. In the case of two of the funds, the undisclosed arrangement allegedly led to lower investor returns for the clients, according to the regulator.

The SEC is seeking permanent injunctions, disgorgement and prejudgment interest, and civil penalties, according to the litigation release.

MacArthur, who’s been in the industry since 1994, hasn’t been registered with Criterion since August 2017, according to his SEC record. He remains registered with Ausdal, however. He has no customer disputes on his BrokerCheck record.