A pair of investment industry veterans from UBS and Vanguard have launched their own wealth management shop offering flat-fee pricing, according to news reports.

The pair met when they worked at Credit Suisse prior to their stints at UBS and Vanguard respectively, according to FundFire.

Wedmont offers a $10,000 flat fee to investors with more than $1 million in assets and is aimed at clients “fed up with the status quo” — namely, paying asset-based fees, Pelletier says, according to the publication.

“When you look at the upper end of the market, high-net-worth and ultra-high-net-worth, despite what has happened with fee compression and robos at the lower end, there has been little transparency, tons of conflicts of interest and incredibly high fees,” he says, according to FundFire. 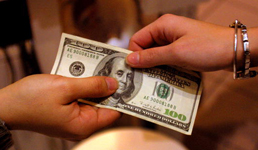 Wedmont’s flat fee doesn’t cover any additional manager fees, but the firm will mainly handle direct indexing capabilities in-house, the publication writes. It will manage some of the assets in-house but also hire third-party asset managers and providers, according to FundFire.

The firm’s investment platform will offer mutual funds from Dimensional Fund Advisors and separately managed accounts from outside managers, the publication writes. Wedmont’s clients will also be able to tap outside alternative investment platforms for private equity and private real estate investments, according to FundFire.

And while Wedmont is on TD Ameritrade’s institutional program, it also lets clients custody assets with a firm of their choosing, the publication writes, citing the firm’s Form ADV.

The pricing model could be particularly attractive to ultra-high-net-worth investors, according to FundFire. However, a client with $1 million would in effect be paying a 1% fee, and certain “complex cases” could result in additional fees, the publication writes, citing Wedmont’s website.