Merrill Lynch has been aggressively recruiting “early-stage” advisors with two to 12 years of experience for its Accelerated Growth Program.

But the wirehouse’s offer to those new hires starts their payout at a rate that’s 34% lower than most of its FAs’ compensation.

Merrill Lynch is not offering money upfront to financial advisors it recruits for the program.

Instead, Merrill Lynch uses the lure of a three-year guaranteed salary — between $60,000 and $250,000 per year — based on the recruits’ production credits at the firm they came from.

Once hired, they must meet minimum performance standards.

Specifically, the net new client assets and loans they generate for Merrill Lynch in their first year at the wirehouse must be at least equivalent to 25% of the client assets they had at their prior firms. That requirement rises to 65% in the second year, and then 100% in the third year, according to a document the wirehouse distributed internally and seen by FA-IQ.

The new hires are eligible for bonuses that could lead to a payout of 150% of their trailing 12-month production credits paid in the third year. But hurdles stand in the way.

They must meet two requirements in their first year at Merrill Lynch to get the bonuses: bring in a gross of 10 affluent client households (with $250,000 or more in investable assets) and add 75% of what they had at their prior employer in terms of clients’ assets and borrowing balances. Those hurdles then jump to 20 and 30 affluent client households, and 125% and 150% in clients’ assets and borrowing balances in the second and third years, respectively.

Merrill says the program is a success

“The program is designed to find advisors early in their career and have them flourish under the Merrill Lynch-Bank of America platform. It’s in line with our organic growth strategy,” Eric Schimpf, Merrill Lynch’s southeast division executive, who oversees the Accelerated Growth Program, tells FA-IQ. 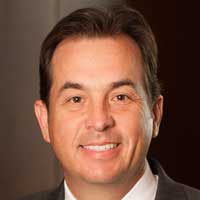 The program is too new to have yet graduated FAs, and Schimpf declines to provide any further specific numbers about how the FAs participating have done in hitting their bonus targets. But the company deems the program — with a reportedly low attrition rate — a success.

“We think in that early stage of someone’s career is where they’re really refining their practice, their motivation towards expansion and experiencing explosive growth,” Schimpf says.

“It’s a combination of the platform and economics that makes this an attractive offering, backed up by training and support that allows people at this length of service to become experienced advisors and grow their practice,” he adds.

In its marketing pamphlet promoting the program, Merrill Lynch states: “Achievers, Welcome,” and then adds: “Join a generation of advisors looking to grow their business and abilities, fast.”

Bill Willis, president and CEO of Willis Consulting in Palos Verdes Estates, Calif., says he’s done well pitching Merrill Lynch’s offer — despite the initially less-generous payout — because it provides FAs the “stability” of a guaranteed income and a “runway for growth.”

Another recruiter, who doesn’t supply FAs for the program, expresses skepticism.

“They are recruiting financial advisors who are much cheaper,” says Danny Sarch, White Plains, N.Y.-based president of recruiting firm Leitner Sarch Consultants. “These are lower-producing people.”

Sarch asks: “What is Merrill going to do for them to make them more productive that they couldn’t do on their own before?”

The answer lies in part with Merrill Lynch’s virtual and in-person training programs tailored to these FAs, including assigned mentors, practice management consultant services and get-togethers with their peers.

“We’ve hired some amazing people at the top of their game who are excelling compared to their industry peers with equal experience,” he says.