Eve Ellis and Nikolay Djibankov, who operate as the Matterhorn Group, have joined William Blair’s New York office, the company says in a press release. The pair offer financial and philanthropic planning for individuals, businesses and nonprofit institutions and oversee two actively managed investment mandates aimed at promoting diversity, according to William Blair.

Ellis joined the financial services industry in 2002 and had stints at Citigroup and Merrill Lynch before joining Morgan Stanley in 2009, according to her BrokerCheck profile.

Djibankov started his industry career with Goldman Sachs in 2008 and came to Morgan Stanley in 2012, according to BrokerCheck.

Morgan Stanley, meanwhile, has been losing advisors to rivals for months. This year, it’s already lost several advisors to Janney Montgomery Scott and Rockefeller Capital Management, which is run by Gregory Fleming, former president of Morgan Stanley and Merrill Lynch. Previously, Morgan Stanley ended 2019 with 15,468 wealth management representatives, which was 226 fewer than it had at the end of 2018.

LPL Financial says it has lured an experienced financial advisor in Chicago.

Brian Sheehy has joined LPL’s broker-dealer and corporate RIA platforms from World Equity Group, where he managed around $130 million in client assets, according to a press release from LPL.

Sheehy began his financial services career in 1994, according to his BrokerCheck profile. 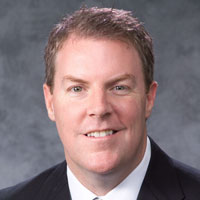 He launched his independent practice in 2001, LPL says, and had been registered with six different firms by the time he aligned with World Equity in 2006, according to BrokerCheck. He also founded Pinnacle Wealth Management in Chicago, with another branch in Woodland Hills, Calif., and built the practice by offering retirement education seminars around Chicago, LPL says.

“It was time to catch up with technology and do more business electronically,” Sheehy says of his move to LPL. “I was still using paper for everything, so this move to LPL is going to really help me get my life back.”

LPL has started the year with some aggressive poaching.

Earlier this month, it picked up a pair of registered representatives from Northwestern Mutual Investment Services, a practice from MassMutual Financial Advisors and several financial advisors from Advisor Group broker-dealers SagePoint Financial and Woodbury Financial Services.

CFP Board Names New Chair for 2020

The Certified Financial Planner Board of Standards has named Jack Brod as chair of its board of directors for 2020.

In his new role, Brod is tasked with providing strategic direction for the CFP Board, according to a press release from the organization. He has served on the board of directors since 2017 and has held the CFP designation since 1991, the board says. 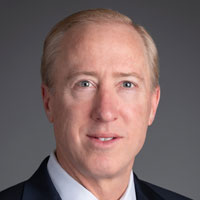 Brod began his career in the industry as a financial planner in the late 1980s. He became a regional leader of Price Waterhouse’s RIA executive wealth advisory practice and joined Vanguard in 1995 to build its first wealth advisory business, according to the press release.

He then led Vanguard’s corporate strategy group, oversaw the revamp of its financial advisor services division and eventually headed Vanguard’s U.S. sales and distribution to RIAs, broker-dealers and banks, the CFP Board says.

Brod is now retired but continues teaching, consulting and mentoring, advising tech companies, and serving on the board of directors of Savant Capital Management, according to the press release.