Schwab Advisor Services is doubling down on its efforts this year to digitize workflows for its affiliated advisors by adding more features to tools it has launched in recent years.

“We know modern technology and digitization enables simpler processes for our clients. Digital tasks and transactions can lead to more streamlined operations for advisors, reducing risk of error,” Jonathan Beatty, the company’s chief operating officer, told reporters on a call this week.

Schwab revealed its technology roadmap at its Impact Conference in November last year, and company executives say they have made progress in releasing new capabilities this year that will help streamline advisor workflows.

Digital onboarding is the firm’s largest investment across its digital portfolio, according to Andrew Salesky, senior vice president of Digital Advisor Solutions at Schwab.

The firm hopes to launch this year the ability for advisors to open multiple accounts simultaneously in Digital Account Open, which is a paperless online account opening tool for RIAs. 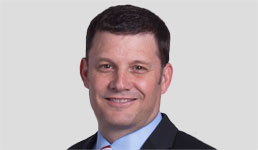 “Our digital account open experience today is a single account and does not integrate funding,” Salesky said.

The enhanced tool would add “the ability to have multiple accounts in a single digital envelope with integrated funding instructions,” he added.

Salesky said the current single account approach was largely a solution for existing advisors opening an additional client account. The multiple account opening capability could be used to onboard a new household with multiple accounts or a new relationship with hundreds of accounts, for example, he said.

That new capability can be used at the practice level with integrated Status, Schwab’s tool to track requests, Salesky said.

Making it available to an advisor who’s going independent or joining a new firm could be “incredibly powerful” because the advisor can send a mass request for the new accounts and digitally track the status of each one of those accounts, he added.

The Digital Account Open tool, as it stands, was introduced as a pilot in 2018. Many advisors — especially those in smaller firms — took to this tool when it was later launched in 2019, Salesky said.

Salensky expects the new multiple account opening feature to increase advisor adoption because “onboarding a full practice” instead of just a single account or client “is really attractive” to advisors.

That tool has been delivering core capabilities and features to more than 700 firms with an average AUM of $40 million, according to the firm’s latest earnings release.

It's available for free to advisors with assets custodied with Schwab. It was initially aimed at servicing smaller advisors, but Schwab wants to expand its users this year.

Schwab executives declined to talk about the potential tech impact of the impending integration with TD Ameritrade after the deal was announced in November last year.

That’s something Schwab’s RIA clients are closely monitoring, especially since some consider TD Ameritrade’s technology “nimbler” and “ahead of the curve” in comparison.