The Dupre Keating Group has joined Janney’s offices in Berwyn, Penn., and will maintain a presence in Janney’s Lewes, Del., office as well, according to a press release from the company.

Janney has been tapping wirehouses for financial advisors and managers.

Morgan Stanley, meanwhile, lost hundreds of advisors last year. The firm had 15,468 wealth management representatives at the end of 2019, compared to 15,694 at the end of the fourth quarter of 2018.

Hopper had been acting head of enforcement since September, when Finra’s enforcement chief, Susan Schroeder, announced her departure. Hopper, who was also promoted to executive vice president, will report to Finra CEO Robert Cook.

Hopper first joined Finra in 2004 as an enforcement attorney.

From 2005 to 2011, she served as the director of Finra’s Washington, D.C., office, and was then promoted to vice president heading the regulator’s regional enforcement program, according to the press release. She became senior vice president and deputy head of enforcement in 2016, Finra says. 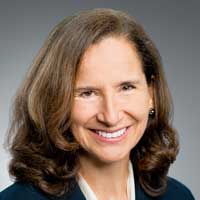 Prior to joining Finra, Hopper worked on legal and compliance matters at Legg Mason Wood Walker from 2000 to 2004, according to the press release.

Schroeder was head of Finra’s enforcement unit since 2017, overseeing the consolidation of the regulator’s enforcement functions into a unified group in line with Finra360, the organization's self-evaluation and improvement initiative, as reported.