SEC commissioner Robert Jackson, Jr. has announced he’s leaving in February and wants the agency to reconsider its planned changes that would limit shareholder and proxy advisor firms’ voting on corporate issues, according to news reports.

In November, the commissioners voted three to two in favor or raising requirements on proxy voting, as reported.

Critics of the changes argue the move favors companies and lobbyists such as the U.S. Chamber of Commerce at the cost of investors.

Jackson, one of the two Democrats on the commission, voted against the proposed changes, arguing that it would curtail investors’ ability “to hold corporate insiders accountable.”

As his departure from the SEC approaches, Jackson tells The Financial Times he’s concerned about “a movement afoot more generally to exclude investors from the ability to talk to the board of directors to determine the future path of American capitalism.”

“I’m hopeful that my colleagues will reconsider,” he tells the FT. 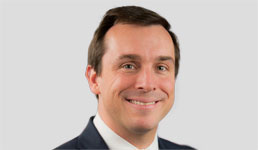 Jackson took office in January 2018 and his term officially ended in June 2019, the paper writes. The White House hasn’t named his successor yet but is expected to nominate an advisor to Jackson, Caroline Crenshaw, sources familiar with the matter tell the FT.

Jackson has also been critical of the SEC’s proposal to relax rules on retail investors’ access to private securities, the paper writes. Nonetheless, he credits SEC chairman Jay Clayton’s willingness to work across party lines, according to the FT.

“I have won some, I have lost more, but I have always been heard,” he tells the paper.

Clayton, for his part, thanked Jackson in a statement “for his many constructive comments and questions.”

“On many occasions over the past two years, I and the Commission have benefited from substantive engagement with Commissioner Jackson on a range of issues important to our markets,” Clayton says in a statement.

After his exit from the SEC, Jackson will return to teaching law at New York University, according to the FT.