JPMorgan Admits Failures in Treatment of Black FA and Client

JPMorgan has acknowledged shortcomings in the treatment of a former financial advisor and client, both of whom are black, described in a New York Times exposé, according to news reports.

In December, the Times ran an article detailing racial discrimination allegations by Ricardo Peters, a former JPMorgan financial advisor in Phoenix, and Jimmy Kennedy, one of the firm’s clients.

On Wednesday, JPMorgan sent a 12-page letter to congressmen and senators who requested information regarding the allegations, admitting at least some shortcomings, according to CNBC.com.

For instance, the company wrote that a discussion between Peters and a manager about a potential client who lived in subsidized housing was “totally unacceptable,” according to the TV news channel’s website, which obtained copies of the letters JPMorgan sent to lawmakers.

According to the Times article, one of Peters’ managers, Frank Venniro, told him that a client who had received a wrongful death settlement after the death of her son wasn’t worthwhile because “[s]he didn’t earn” the money.

“You’ve got somebody who’s coming from Section 8, never had a nickel to spend, and now she’s got $400,000,” Venniro allegedly said, according to the Times. “What do you think’s going to happen with that money? It’s gone.” 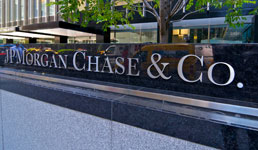 Kennedy, meanwhile, among other issues, had trouble obtaining private client status at JPMorgan despite depositing more than three times the amount of money necessary to obtain it, the Times wrote. When Kennedy talked to another black employee at a JPMorgan branch about the issue, he was told that in Arizona, “[t]hey don’t see people like you a lot,” according to the paper.

In its letters to lawmakers, JPMorgan admitted failures with how Kennedy was treated, although it’s unclear from the CNBC report whether they acknowledged that it had anything to do with race.

“The Times also reported about a client, Jimmy Kennedy, who experienced multiple delays in onboarding, from opening a new investment to transferring money in his account,” bank executives wrote in the letters obtained by CNBC. “It’s clear Mr. Kennedy had a terrible customer experience with us. Our review of the matter found there was a series of administrative delays in processing his investments that would have frustrated any client.”

JPMorgan also told lawmakers about how it investigates discrimination claims and described several diversity and job training programs, according to the website.

In a separate letter to employees, JPMorgan wrote that it set up a team of executives to address discrimination and conducted focus groups about its employees and clients’ experiences, CNBC writes.