Competing broker-dealer firms are ready to scoop up wirehouse advisors who are disgruntled by changes to their 2020 compensation structures and have been sending out feelers or taking meetings.

Stifel Financial and Raymond James, for example, have been in talks with potential recruits.

“The banks are definitely helping all of us, all of the larger national firms, with the new comp cuts,” says John Pierce, Stifel's head of recruitment.

Pierce says Stifel has had several conversations with wirehouse advisors since the new comp plans were announced.

“We’ve heard from a lot of Wells Fargo advisors, especially in smaller communities, that are upset about that,” says Pierce. 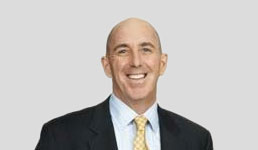 “Any time announcements like that are made for certain advisors, it may be what tips the scales and causes them to say, 'Maybe it’s time now to have a conversation with another firm,'” Curtis says. “And I think we certainly have benefited from that in terms of advisors’ willingness to have conversations with us.” 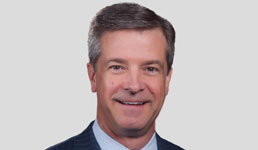 In the last few weeks of 2019, Morgan Stanley, UBS and Wells Fargo announced changes to their comp structures for this year, each designed to incentivize their advisors to grow their assets. But the changes weren’t received well by many.

Morgan Stanley unveiled a 10% increase in revenue thresholds used to calculate the payout for advisors generating less than $5 million a year. UBS hiked the threshold FAs must meet to receive the same payout as they did in 2019. Wells Fargo announced that payout for accounts with assets less than $250,000 or less would be cut to 20%.

Merrill Lynch did not tweak its grid or thresholds for this year, but the firm took a carrot-and-stick approach in encouraging advisors to add new client households and assets.

“They take the first 3% of gross, [and] that is, in essence, a grid reduction,” Pierce says, putting the approach taken by Merrill Lynch into context. “That caused a lot of Merrill Lynch FAs last year to move. And we have a very strong pipe[line] for this year.”

“They typically leave big advisors alone, but UBS cut comp, in essence [by] 10% for every production level, and so, we had a large UBS advisor call one of our managers and said, 'Your job just got easier,'" Pierce says.

Pierce believes Merrill Lynch will continue to see advisor exits while the number of FAs leaving UBS will “pick up fairly dramatically.”

Scroll down to watch John Pierce talk about how comp changes at wirehouses are benefiting firms like Stifel.

The past year witnessed “a tipping point where the advisors and large teams either made the decision to move or they made the decision that they’re going to move whether it was in 2019, or 2020. And so, I think there’s just continued frustration with the commercialization of their roles inside of these large entities,” Dave adds.

Indeed, broker-dealers have been benefiting from a tide of breakaways from the wirehouses, and the widespread unhappiness with the new comp structures has helped them attract more talent.

In a December straw poll, 84% of FA-IQ readers said the wirehouse comp changes would push more FAs to take the independent route.

Other broker-dealers are also seeing and seizing the recruitment opportunity.

“I think you are seeing a low rumble continue to grow and the advisors that have been impacted by basically those grid reduction or payouts continue to become less satisfied and are increasingly looking into the marketplace,” says Rich Steinmeier, managing director and divisional president of business development at LPL Financial.

“It’s why we’re bullish about the $11 trillion segment that is currently the employee segment. And we think that there is opportunity there,” he adds.

Some broker-dealer firms, meanwhile, use the relatively fewer comp changes at their firms as a marketing hook to attract wirehouse FAs.

“We use that as one of our strong points when we do recruit -- the stability of that comp -- because again, we don’t see significant changes,” says Matt Burkemper, principal and head of recruitment at Edward Jones.

“I started with Edward Jones in 1992 and I was a financial advisor. What I believe is one of our strengths is we have had very few compensation changes in those years,” he says.

If the video does not load, please try refreshing the page. If it still does not work, please try another browser.