Raymond James Financial chairman and CEO Paul Reilly saw his total compensation increase by 7% in the 2019 fiscal year. That’s sharply lower than the double-digit percentage pay raises he received in recent years and the lowest since his getting a 0.2% nudge in pay in 2014.

In a proxy statement filed with the SEC, Raymond James revealed Reilly took home $13.35 million in salary and other bonuses and incentives for the fiscal year ending in September, up from $12.45 million in 2018.

“The firm’s solid performance in fiscal 2019 was driven by record annual net revenues for all four of our core segment(s) and record pre-tax income in our Private Client Group segment, Asset Management segment and Raymond James Bank,” the filing states.

The firm also credits the contribution of Reilly’s “strong leadership” for a year of record overall revenue and “solid” performance versus its peers. 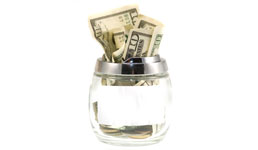 Reilly is also credited for steering the firm in surpassing financial advisor recruiting and retention targets, his role in the continuing progress in compliance and supervision functions, grooming leaders “for strong succession planning,” and executing leadership changes and diversity initiatives.

Reilly received $500,000 in base salary in the latest fiscal year.

Raymond James’ Private Client Group is the investment advisory and brokerage business segment that operates through a branch network of financial advisors — employees, independent contractors and others — affiliated with the firm. It also includes the custodial trading and research businesses. As of September 30, 2019, assets under administration for the private client group were $798.4 billion, accounting for most of the net revenues of Raymond James.