The new segment is part of a reorganization for the reporting of financial results at the firm, starting with the fourth quarter and annual results for 2019, which will be announced Jan. 15, the company says in a press release.

The segment includes management and “other fees,” incentive fees and results from wealth management deposits, which were previously reported under investment management, Goldman Sachs says.

In addition, the segment includes results from the loan services at the private bank and unsecured loans and deposit services on the firm’s digital platform Marcus, as well as credit card services, which were all previously reported as part of the investing and lending segment, according to the press release.

The consumer and wealth management segment earned $256 million in pre-tax earnings in the first nine months of 2019 on $3.8 billion in revenues, of which $3.2 billion came from wealth management, according to a company filing with the SEC.

“The firm believes this new segment presentation, which is part of its ongoing commitment to organizing the firm in a client-centric way, will not only better reflect how the firm is now managed, but also help drive greater accountability for executing its forward strategy,” Goldman Sachs says in a statement. 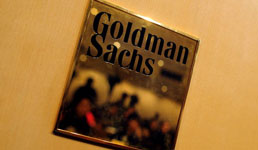 Goldman Sachs, which has traditionally catered to the ultra wealthy, has been taking steps to appeal to the mass affluent market in recent months. Joe Duran, whose firm United Capital Goldman acquired for $750 million in May, told the Financial Times in December his team was on track to roll out a digital wealth management platform for the firm in 2020, with account minimums potentially as low as $5,000.