TD Ameritrade has introduced portfolios that meet environmental, social and governance criteria in a 529 savings plan.

The firm says that makes the TD Ameritrade 529 College Savings Plan the first such plan to offer ESG portfolios, an option available since November 18. The plan still has its core traditional investing options.

Dara Luber, senior manager of retirement at TD Ameritrade, say this “first” of a kind investment option for 529 savings plans will cater to those “who are seeking strategies to better align with both their investing objectives and their values.”

Luber notes that there is growing demand to invest in companies with stronger ESG practices, particularly among younger generations.

“It’s no secret that millennials are a generation driven by purpose,” Luber says. “And we see this sentiment translating into real actions.”

The Pew Research Center defines millennials as those currently in the 23-to-38 age group and boomers as those aged 55 to 72. 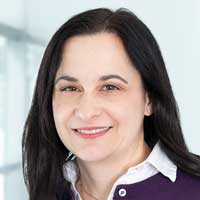 When asked about criticism from some quarters that ESG investments may limit the potential for returns because the investment choices are narrow compared with looking at all available investment choices, Luber responds by saying this is an “old misconception.”

The MSCI ACWI ESG Leaders Index, which provides exposure to companies with high ESG performance relative to peers, outperformed its parent index — which doesn’t consider ESG factors — over the 2008-2017 period and eight out of 10 years, according to Luber.

While 529 savings plans can be an effective investment vehicle to help cover education expenses, confusion still abounds, according to TD Ameritrade.

Many American parents aren’t aware of the many benefits of 529 plans, according to a survey conducted in August by The Harris Poll on behalf of TD Ameritrade. 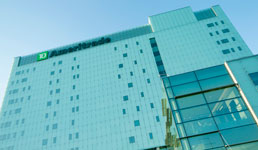 The survey shows that less than a third (32%) know that withdrawals from 529 plans are free from federal tax. Only six in 10 (59%) who have or are considering 529 plans are aware that it can cover their children’s textbooks. Just half (51%) who have or are considering 529 plans realize on-campus housing can be covered. And even fewer (48%) know that it can cover school supplies.

The 529 savings plans are tax-advantaged municipal securities designed to encourage saving for the future educational expenses of a designated beneficiary. They are sponsored by states, state agencies or educational institutions.

“The lack of understanding surrounding 529 plans may factor into why six in 10 parents don’t have a 529 college savings plan and don’t plan to start one, while those who do or plan to start one lack confidence in how to take advantage of it,” Luber says.