Ex-LPL Broker Barred Over Alleged Outside Business Activities and Gift

Finra has barred a former LPL Financial broker fired at the end of 2018 over allegations that he failed to disclose outside business activities and a gift from a client, the industry’s self-regulator says.

Michael Severance, who started his career in the financial services industry in 1981, associated with LPL in November 2017, according to a letter of acceptance, waiver and consent published by Finra.

LPL discharged him on Dec. 31, 2018, writing in his Form U5 that the cause of his termination was Severance’s alleged failure to disclose to the firm that he provided bill-paying services to a client for compensation and for obtaining a gift from the client to Severance’s son in excess of $100, also without notifying LPL or getting its approval, the regulator says.

Earlier this month, Severance told Finra staff in a telephone call that he would not produce the information it was requesting, for which the regulator barred him, according to the letter of acceptance. Severance consented to the bar without admitting or denying Finra’s findings, the SRO says. 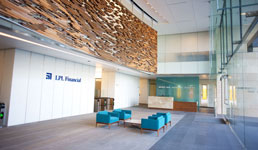 The Minnesota Department of Commerce had fined Severance on two occasions, according to the regulator’s note on Severance’s relevant disciplinary history. In 2012, Severance was fined $2,500 for allegedly failing to adequately disclose changes to a client’s portfolio and marking trade confirmations as unsolicited while they were in fact solicited, Finra says. This year, the department fined Severance $5,000 for “breaching his fiduciary duty, demonstrating incompetence and/or financial irresponsibility in his dealings, and failing to observe high standards of commercial honor and just and equitable principles of trade in the services he provided to his seventy-one year old client,” according to the letter of acceptance.