The marriage of two major brokerage and custodian players — Charles Schwab and TD Ameritrade — may have been announced amid much fanfare, but the secret to their happily ever after lies in how well their integration process is executed, industry stakeholders say.

That would be crucial in the merged entity retaining — or potentially losing — RIA clients, depending on their level of satisfaction or dissatisfaction, they say.

Even as RIAs await clarity and more details about how the two firms will combine their forces, some continue to remain cautious.

New England Investment and Retirement (NEIRG), a $680-million RIA, custodies its client assets across Schwab, TD Ameritrade and Fidelity. Schwab was a late pick for NEIRG, which onboarded the custodian in May.

Asked if the deal would change NEIRG’s custody arrangements, the firm’s principal, Brian Pirri, is taking a cautious wait-and-see attitude for now.

The firm already moved “some” client assets from Fidelity to Schwab in May. And yet, and perhaps more so because of the planned union between Schwab and TD Ameritrade, Pirri says the firm is keeping Fidelity as a third custodian.

“But it’s nice to have that Fidelity relationship as well, just in case,” he explains. 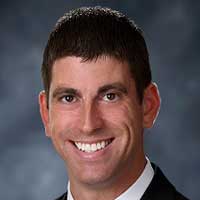 Custodial competitors such Fidelity and E*Trade have already sounded the alarm on the heavy lifting and difficulties resulting from an integration, hoping to catch the attention of potentially unhappy advisors.

A Fidelity spokesperson previously told FA-IQ the deal “will force” many advisors to decide whether they want to remain with a firm “distracted by a long and complex integration.”

E*Trade’s head of advisor services Matt Wilson previously told FA-IQ that repapering is among the concerns produced by the merging of two custodians. The uncertainty lies in the merged entity’s choice of service model and technology, he said, citing examples.

Automation would be ideal

Repapering — or the documentation process of migrating clients from TD Ameritrade to Schwab’s systems — could be time-consuming and arduous, according to RIAs with experience in this.

“There may be some repapering required. But there may be some circumstances where it’s not required. I just think it’s too early to have that level of detail,” he said during a management call with media after the announcement of the deal last week.

NEIRG went through repapering for nearly 10% of its clients when it onboarded Schwab this year.

While Pirri says he hasn’t estimated the repapering that’s coming because of the Schwab-TD Ameritrade merger, he hopes the process will be a smooth one.

“It’s definitely a concern. We’re talking about 700 to 750 families; thousands of accounts that potentially we would have to repaper,” Pirri says.

It’s uncertain if Schwab’s “going to require full sets of paperwork or if there’s going to be something more seamless,” Pirri says, adding “we hope it’s going to be more automated in nature and not a manual process.”

Others believe that repapering won’t be a disruption.

But it’s nice to have that Fidelity relationship as well, just in case.
Brian Pirri
New England Investment and Retirement

But he said that “created tremendous opportunity to be in front of clients" about why that was a good deal.

Technology and user interface rank high in Pirri’s wish list for the Schwab and TD Ameritrade integration. In this regard, he thinks TD Ameritrade has an edge because it’s “nimbler.”

“I know Schwab has been investing more lately in technology and in digital and that’s been their big push,” Pirri says. “TD is, I think, a little bit ahead of the curve.”

Pirri wonders is Schwab will “push” Veo One — TD Ameritrade’s business, practice and client management platform — to “the curb.”

“I’m hopeful that as they invest and merge their technologies that they’re innovative in that approach and that they take some of what TD does well, and what Schwab does well,” Pirri says.

Commenting on the consolidation in the custodian industry, Pirri says he still believes in the need for competition.

“There is clearly a monopoly out there in terms of the Schwab and TD behemoth now. I think advisors to some extent are handcuffed to what’s out there,” he says.

E*Trade’s Wilson’s echoes the sentiment. “The RIAs value choice. They value diversification,” he said previously. “It forces a service model or a pricing model that puts them in a good position.”

NEIRG’s Pirri says the preference is not to feel confined to one custodian relationship — whether it's because of a dominant player’s control over pricing or trading or “whatever.”

The need for choice is why NEIRG currently has three custodians, he notes.