Atria signed an agreement with the Pasadena, Calif.-based company Western International Securities to acquire it in a deal set to close in the first quarter next year, according to a press release from Atria. Founded in 1995, WIS currently serves more than 400 independent financial advisors, representing over $13 billion in assets under administration, Atria says. The broker-dealer offers various services for independent advisors, including support staff, a turnkey branch solution and integrated technology, according to the press release.

“WIS has always been about providing a differentiated advisor experience. Our sole purpose is to delight our financial advisors,” Don Bizub, CEO of WIS, says in the press release. “Atria’s unique and innovative team shares those values.”

The firms didn’t disclose the financial terms of the deal.

WIS will become Atria’s fifth broker-dealer acquisition since 2017, according to Atria. The firm’s other four broker-dealers are NEXT Financial Group, Cadaret, Grant & Co., CUSO Financial Services and Sorrento Pacific Financial. 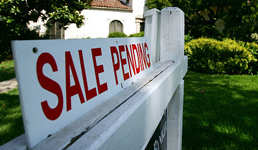 When the WIS deal closes, Atria’s subsidiaries will together represent close to 2,500 advisors overseeing almost $80 billion in assets under administration, the company says.