Many advisors abide by the dictum: Don’t discuss politics with clients.

But they may want to rethink that conventional wisdom, since the “political climate is having the greatest impact” on upper-income investors and their charitable giving, according to a Wells Fargo-sponsored Gallup poll released today.

But among the self-identifying Republicans, only 18% reported they increased their donations because of the political climate.

For the survey, the pollsters queried 525 U.S. adults between Oct. 7-13. Each of the respondents had at least $10,000 in stock or bond investments and earned $240,000 or more annually. Wells Fargo and Gallup identified the group as representative of the top 5% of U.S. households.

To learn more about what the results mean in terms of practical applications for advisors, FA-IQ spoke to Beth Renner, the national director of philanthropic services for Wells Fargo Private Bank, about the recent survey results.

FA-IQ: Given your study’s findings that Democrats want to give more in this political environment than their Republican counterparts, should advisors be asking clients their political party affiliation before broaching the topic of charitable giving?

Renner: When you think about the political aspect of it, that may be one motivation for giving — whether or not they believe that their values are being represented in today’s political environment. What I would encourage advisors to do is simply ask clients how they will [do so], if they are interested in engaging in philanthropy. What is the clarity around their values of how they want their philanthropy represented? It may lead into a discussion [about political affiliation]. But I think that at the heart of it is understanding where clients’ values are and how they want those to be represented. Now, I have had advisors also tell me that they won’t ask their clients about philanthropy because they think it’s too personal. But we find that when we have that conversation with clients, you get to know them at a deeper level.

FA-IQ: The new survey also found that more women than men want to link charitable giving and social impact investing. What do you view as the best way for advisors to handle the relationship between those two financial-planning strategies?

Renner: We are seeing more and more women making the charitable decisions in their household. And so it is a great topic for a financial advisor to discuss with women, because it’s something they’re very passionate about. They also want to engage their kids more, so it’s an opportunity for you to connect as an advisor with the next generation around the topic from an impact investing standpoint. 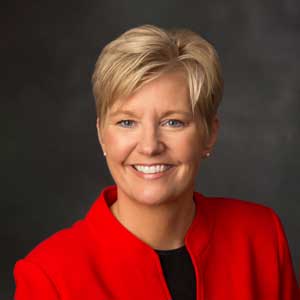 FA-IQ: About half the survey respondents acknowledged that taxes are at least a minor reason for their charitable giving. And some — 19% — also say the current tax rules have negatively influenced their giving. What conclusions should advisors draw about how they approach clients based on those findings?

Renner: I think it’s just another part of the dialogue, about where and how they rank the importance of the tax consequences. I think that what we will find as we go through another full [tax] season, is we will have more clarity around whether or not the tax law changes are creating differences in people’s giving.

FA-IQ: Tell us about the concept of “philanthropic inflation” and how advisors should factor that into their discussions with clients.

Renner: Oftentimes, there can be this feeling that the amount I give isn’t going to make a difference. I encourage advisors to help the client understand it all starts with values. How do they want their values represented in their philanthropy? Help them get clarity around the areas of funding. And then what are their key measurable goals for success, because excellence in philanthropy has always been self-measured. I think it really comes down to having that conversation with your client, understanding what they want to accomplish with their philanthropy and creating some measurables around it for them.

This interview has been edited for brevity and clarity.