CBC, founded in 2001 by Kerry Hemphill, is a provider of corporate and nonprofit retirement plan and succession planning strategies, according to a press release from Seventy2.

CBC oversaw $90 million in retirement assets as of the end of September, Seventy2 says.

The companies didn’t disclose the financial terms of the deal.

Hemphill, who has more than 38 years of experience in the financial services industry, joins Seventy2 as a vice president, according to the press release.

Hemphill is now registered with Wells Fargo Advisors FiNet, the firm’s independent channel, according to his BrokerCheck profile.

Seventy2 is a separate entity from Wells Fargo Advisors FiNet, Seventy2 says in the press release.

For Seventy2, adding CBC will “substantially increase” the firm’s capabilities in 401(k) and 403(b) advisory services, Paul Carlson, Seventy2’s partner and co-founder says in the press release. For Hemphill, the acquisition will help CBC clients tap into an expanded platform of resources, according to Seventy2. 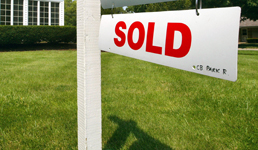 “I’m also looking forward to mentoring a talented team of young advisors and helping build upon their success as retirement plan advisors,” Hemphill says in the press release.

As of the end of September, Wells Fargo FiNet added 87 advisors managing $11.5 billion in 34 new practices year to date, the company said in October.