Ameriprise Loses Pair of FAs to This Rival

A wealth management practice in Washington has left Ameriprise for Integrated Partners.

Konvergent has partnered with Fidelity as their custodian, Integrated Partners says.

Additionally, Smith is taking the helm of Integrated Business Alliance’s western operations. IBA is an Integrated Partners service which coordinates the firm’s CPAs and various specialists, according to the press release.

“We wanted a partner that understood our passion for helping business owners and families with complex financial challenges that go far beyond asset management,” Smith says in the press release. “In talking to Integrated, it was clear they do for advisory firm business owners precisely what we do for our clients — help them to solve complex growth challenges and offer a clear value-add."

Founded in 1996 by Paul Saganey, Integrated Partners now has 148 financial advisors and 127 CPAs overseeing more than $6 billion out of 44 regional offices across the nation, the company says. 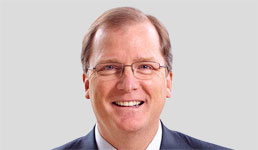 Ameriprise has been mostly adding advisors from rivals since the end of the third quarter, luring several brokers from Merrill Lynch, at least one advisor from Wells Fargo and another broker from Edward Jones, as reported. However, earlier this month an Ameriprise advisor overseeing $125 million went independent and affiliated with LPL Financial.