Kim Hodges, who’s based in Provo, Utah, has joined Kestra RIA subsidiary Kestra Private Wealth Services through one of its associated firms, White Cap Wealth Management, according to a press release from Kestra.

Hodges transferred $60 million of his book of business to White Cap, which as a result now oversees $200 million, Kestra says.

White Cap specializes in investment management for individuals as well as consulting on executive stock compensation and 401(k) design and implementation, according to the press release.

“In seeking a partner, I wanted to align with a boutique-style firm that had a proven track record of delivering top-notch client service,” Hodges says in the press release. “With the help of Rob Bartenstein [CEO and senior managing director of Kestra PWS] and the team at Kestra, I was connected to White Cap and found exactly what I was looking for.” 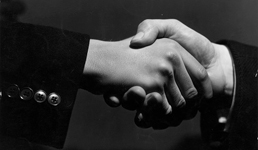 Hodges began his industry career in 1978 and was registered with five firms before joining Wedbush in 2001, according to his BrokerCheck profile.

He has four customer disputes on his record dating back to 1987, all of them settled, according to BrokerCheck.