Initial reaction in the investment advisory industry to the SEC’s proposed changes to advertising rules under the decades-old Investment Advisers Act has been positive.

Karen Barr, president of the Investment Adviser Association, calls the proposed changes a “significant step in the right direction.”

Barr notes that the SEC’s advertising rules haven’t been “substantively” changed since 1961 — “long before social media, long before the Internet, even before fax machines.”

“We’ve been urging the SEC to update the rules for nearly 20 years. Advancements in technology and communications have drastically changed the ways that every service provider in our economy engages with clients and prospective clients,” Barr says in a statement.

Because of the “badly outdated” advertising rules, investment advisors have been “generally prevented from using communications and marketing methods that long ago became standard business practice elsewhere in the economy.”

Barr notes it will take some time to digest the 507-page proposed rules, but her group’s initial observation is that the proposal appears to address several of the specific themes they raised with the SEC over the years.

“Most notably, it appears to take a principles-based, evergreen, approach to the rule in contrast to the per se prohibitions that currently exist. It also appears to distinguish between retail and institutional investors in certain aspects and would no longer ban the use of testimonials and past specific recommendations,” Barr says.

Cipperman Compliance Services, meanwhile, says the clarification on how investment advisors can present performance information is helpful to the industry.

The SEC is proposing expanding the definition of “advertising” to cover all communication by or on behalf of an advisor offering or promoting investment advisor services or seeking to attract clients, with some exclusions such as “live oral communications that are not broadcast,” as reported.

The SEC also wants to prohibit practices such as making untrue statements or omitting material facts, discussing possible benefits without covering the risks involved and including or excluding performance results in a way that’s not fair and balanced.

The proposed changes include letting advisors use testimonials and endorsements subject to disclosures of whether the person supplying them is a client and whether any compensation was involved. The regulator also proposes allowing third-party ratings subject to certain conditions.

The proposal also includes requiring investment advisors to tailor the presentation of performance results to the intended audience, according to the press release. The amendment aims to bar presenting gross performance results without deducting fees and expenses, extracting subsets from a portfolio, or showing hypothetical performance unless it’s tailored and provides adequate information underlying the performance.

The proposed changes are subject to a 60-day public comment period.

The investment advisory industry has been lobbying for more flexible rules governing the use of testimonials. 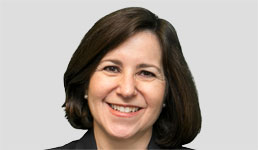 The Advertising Rule within the Investment Advisers Act of 1940 prohibits advertisements that refer — directly or indirectly — to any testimonial concerning the advisor or any advice, analysis, report or other service provided by the advisor.

In 2014, the SEC’s Division of Investment Management released some guidelines on the use of testimonials in response to demand for clarifications from advisors, as reported.

At that time, the SEC acknowledged social media has facilitated the consumer’s ability to research and conduct their own due diligence on current or prospective service providers.

The guidance noted that the term “testimonial” is not defined in its rules, but the Commission has “consistently interpreted” that term to include a “statement of a client’s experience with, or endorsement of, an investment adviser.”

The SEC said at the time that the use of testimonials is misleading. “By their very nature, they emphasize the comments and activities favorable to the investment adviser and ignore those which are unfavorable,” according to the guidance.