Charles Schwab Goes ‘All In’ On Bank Buildout

The company’s commitment to an effective bank buildout came as a pledge by a trio of Charles Schwab execs to an audience of more than 4,000 advisors attending the company’s annual conference in San Diego this week. The conference's theme this year is "All In."

The executives also acknowledged, while making that promise, that they are tardy in adopting more robust lending strategies and are now developing the products and services to better compete with the traditional major and independent broker-dealer companies — including Bank of America’s Merrill Lynch , Morgan Stanley, and UBS — which have all aggressively expanded their borrowing options and have historically lent to FAs.

“Traditional thinking is 'This is their spot,'” Bernie Clark, head of advisor services, told the audience.

“We’ve come around to a different viewpoint,” he said. “We want to do everything we can do to provide lending capability,” he added. Schwab intends to expand on the banking relationships it already has, develop others and devise related products and services. All that is “underway already,” Bettinger said.

To deliver lending services to FA clients, Schwab plans to engage in “a lot more hiring,” Bettinger said. “We do not want you to ever be at a single slight disadvantage,” he told the FAs about their lending capability in comparison to that of their counterparts at traditional broker-dealers.

Jonathan Beatty, who leads the Schwab Advisor Services sales and relationship management team, is tasked with launching the new lending services, Bettinger said. “We want to get into different types of lending,” he added, listing mortgages, unsecured credit and “banking services for you and your firms.” 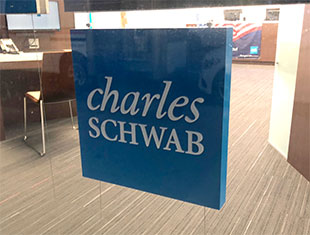 Founder Charles S. Schwab appeared onstage after Clark and Bettinger unveiled his company’s expanded lending plans. Schwab underscored the goal of those plans: to pull more market share away from the major broker-dealers.

“We should be able to get that in the next 10 years,” predicted Schwab, who launched his then-novel discount brokerage, which now has custody of $4 trillion in client assets, in 1974.

His ambitions to seize more market share in the next decade likely did not go unnoticed by the 80 advisors in the audience who were invited to the Schwab event because they are considering breaking away from their traditional broker-dealers.

After the Schwab leaders laid out the lending plans, a company spokesperson stressed in a followup email that the company currently offers "straightforward" products that meet the "needs of self-directed retail clients," including mortgages and home equity lines of credit.

"At the same time, we know that many high net worth and ultra-high-net-worth investors have more specialized needs, and our RIA clients are increasingly looking to Schwab to help them address those needs in the face of increasing competition from traditional large banks," the spokesperson wrote.

Schwab has 12 senior bankers that serve larger advisory firms whose clients custody assets with the company. Those Schwab bankers provide a single point of contact for those larger firms seeking banking or lending services for themselves, team members or clients.

But with the new lending plans, Schwab intends to "better integrate with advisor platforms to enable advisors to initiate banking services on behalf of their clients," the spokesperson wrote, offering no further details on specific products or timing.