It's Econ 101: Goods and services with high demand but scant access command higher prices. And businesses that can identify those areas can set themselves up for great success.

FA-IQ examined data from the federal Bureau of Labor Statistics to identify areas where the median pay among advisors is highest. The agency tracks 370 areas across the country. FA-IQ then filtered out any area with fewer than five "personal financial advisors," as defined by the agency. The list was then ranked both by median pay and by the number of advisors in each.

The results show that while traditional "money centers" — such as New York, Los Angeles, Boston, Chicago and San Francisco -- are dense with advisors for clients to choose from, they're not necessarily the most lucrative for the FAs working there. That honor goes to Santa Fe, N.M., followed by the Sarasota, Fla.-area and then Montgomery, Ala.

Take a look at the list of the 15 cities with the highest-paid advisors, and the areas with the greatest number of advisors, below. 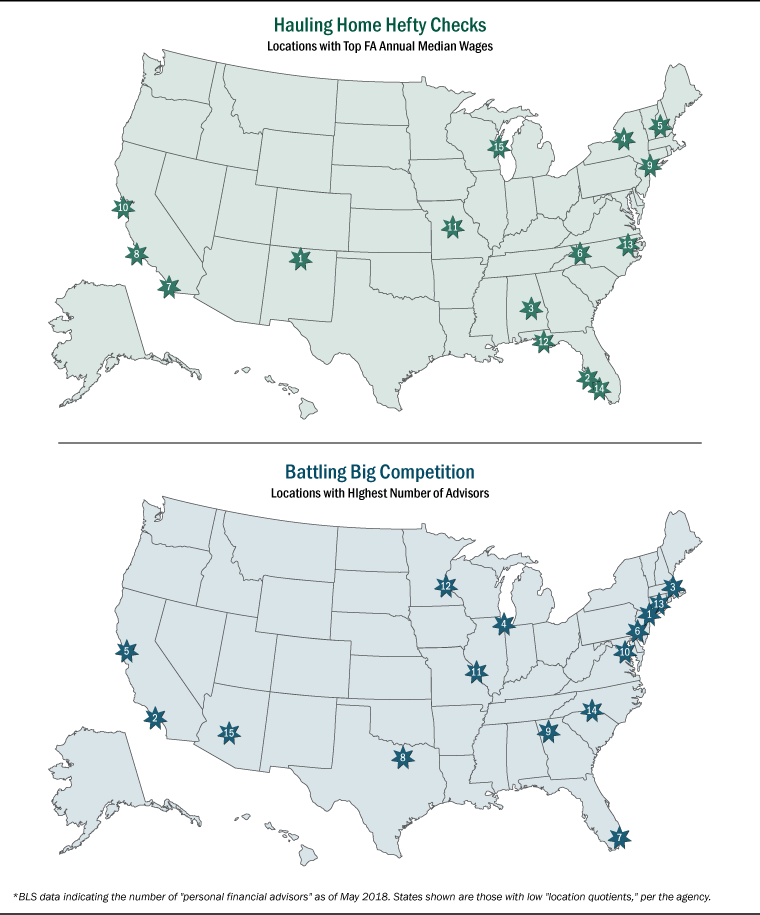 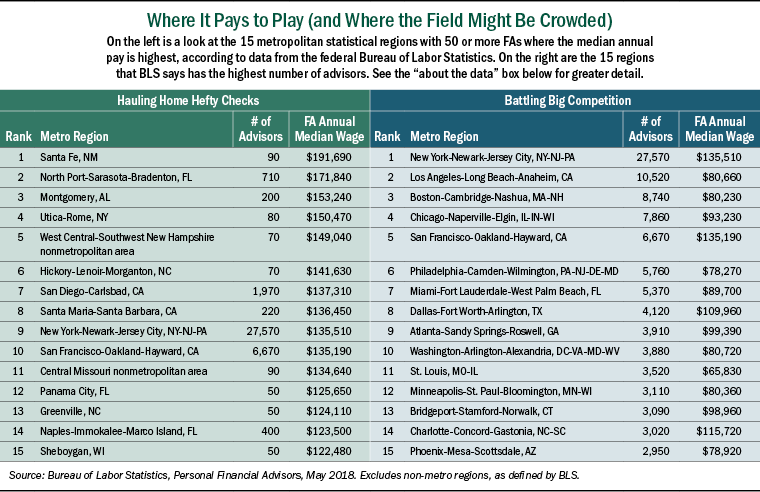