Ex-Wells Fargo Advisors reps, pitted in a class-action legal battle with their former employer about its deferred compensation plan, have asked the court to quash subpoenas the wirehouse issued to LPL Financial, Raymond James and Hilliard Lyons.

With those subpoenas, issued in late September, WFA is seeking to uncover how much compensation the reps receive from their new employer — irrelevant information for the dispute in the pending class-action, according to the Oct. 10 court request filed by a group that includes LPL representative Robert Berry.

In their federal lawsuit, Berry and the others represent a class of ex-WFAs which the court could eventually decide has 1,400 members. Berry and the others have argued that WFA owes those advisors deferred compensation based on allegations that it miscategorized its plan as exempt from federal rules under Erisa governing vesting rules for such compensation.

The litigation may ultimately have broad consequences for FAs’ deferred compensation across the industry.

In March 2020, the two sides are scheduled to begin selecting a jury to hear Berry and the other ex-WFA FAs’ claims that their former employer owes them as much as $300 million.

A Wells Fargo spokesperson declined to comment for this story.

When a federal judge in March 2018 approved certification of the class of ex-advisors — setting the stage for a trial — a Wells Fargo spokesperson told FA-IQ the ruling had not addressed “the merits of the underlying claims.” The spokesperson further added: “The Company denies the claims in the lawsuit and will defend its position on the merits.”

According to Berry and the others’ request to the court, each WFA subpoena seeks the same categories of information about the former WFA FAs — their compensation agreements, any documents related to when they were recruited by their new employers, and evidence about what they told their new employers about their previous WFA compensation.

Berry worked at WFA and its predecessor firms from 1994 until 2014, according to an order issued in October 2018 by U.S. District Judge Joseph F. Anderson in Columbia, S.C., who presides over the litigation.

During the last nine years of his employment at WFA, Berry participated in the wirehouse’s award program, which offered deferred compensation bonuses. The WFA plan has a forfeiture clause which calls for exiting advisors to give up their deferred awards when they leave.

According to Anderson’s order, WFA categorizes its deferred compensation as a top hat plan, available only to a select group of employees. Such top hat deferred compensation plans are exempt from certain requirements of Erisa, including its vesting provisions. But the plaintiffs argue the WFA plan should not be exempted from the Erisa vesting rules.

“The central issue in the case is whether the Deferral Plan is a ‘top hat’ plan,” Anderson writes in his order. 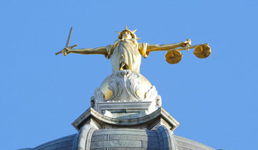 To determine if a deferred compensation plan qualifies as top hat under Erisa rules, courts look at both the percentage of the workforce invited to join the plan and the pay level disparities between plan participants and other employees.

Berry worked at Wells Fargo and its predecessors for 20 years, until he was 62. According to BrokerCheck, he is now a registered representative of LPL Financial in Lexington, S.C.

Under WFA’s forfeiture requirements, Berry lost $200,000 in deferred compensation, according to Anderson’s order.

In the past, deferred compensation used to be a voluntary option employers presented to advisors — a way for them to defer their income tax obligations.

But in recent years wirehouses have made participation in deferred compensation plans mandatory and used them as iron-clad golden handcuffs to keep advisors from bolting.