Eugene Scalia, the lawyer who helped take down the Department of Labor’s fiduciary rule, has moved closer to becoming head of the agency following a tight vote in a Senate committee, according to news reports.

The full Senate is expected to vote on his nomination later this week, House Majority Leader Mitch McConnell, R-Ky., said, according to the news service.

The Republican-controlled Senate is expected to back him despite Democrats' concerns over Scalia’s record as a corporate lawyer, Bloomberg writes.

He represented Sifma and the U.S. Chamber of Commerce in their court challenge to the rule, which was vacated by an appeals court last year.

Lawyers have said that government ethics rules may therefore require Scalia to recuse himself from drafting a new version of the fiduciary rule, which the DOL said it plans to roll out at the end of the year.

Murray and Rep. Bobby Scott, D-Va., chairman of the House Committee on Education and Labor, have asked the DOL’s Employee Benefits Security Administration, which is responsible for drafting the new fiduciary rule, to delay a reorganization planned for Oct. 1, according to ThinkAdvisor. 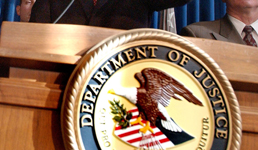 The reorganization includes the addition of a new career deputy assistant secretary position and purportedly aims to “provide expanded opportunity for career advancement, give the Regional Offices a greater voice in the National Office, and help ensure that enforcement activities are consistent nationwide,” EBSA head Preston Rutledge wrote last month in a letter to the unit’s employees, according to the publication.

“We have questions about the need and basis for this proposed reorganization and whether EBSA’s vital mission will be impaired,” Murray and Scott wrote in a Sept. 22 letter to Rutledge, according to ThinkAdvisor.