When a twenty-something prospect with $35 million in investable assets contacted him seeking advice about how to deploy 100% of the capital in socially responsible investments, New York City-based UBS financial advisor Thomas Livaccari jumped at the chance to discuss Opportunity Zone, or so-called OZ, funds.

“They look at Opportunity Zones through an ESG lens,” Livaccari says of millennial investors — using the acronym for evaluating assets based on Environmental, Social and Governance factors.

OZ funds, which FA-IQ has written about extensively, became possible after President Donald Trump signed the Tax Cuts and Jobs Act of 2017.

With that legislation, Congress identified capital gains tax relief as a carrot to lead investors to buy stakes in economically-neglected U.S. neighborhoods. The U.S. Treasury then approved some 8,700 census tracts located in all 50 states as economically disadvantaged enough to become Opportunity Zones.

Under the program, investors can defer capital gains taxes — and even avoid some entirely — if they deploy their recently-realized capital gains to buy stakes for the long haul in the designated tracts. To achieve the maximum tax benefits, investors are required to make a 10-year commitment.

Given their views, Livaccari’s younger clients have no trouble with a recent proposal to require OZ fund managers to report more data to the IRS. Millennial investors are choosing the funds not just for the tax benefits but because they appreciate “the spirit of what was enacted,” says the UBS advisor who previously worked for Merrill Lynch Wealth Management.

“They look at Opportunity Zones through an ESG lens.”
Thomas Livaccari
UBS

OZ funds fall “under the ESG rubric” for those clients, Livaccari says.

Many other OZ stakeholders are receptive to bolstering reporting requirements for fund managers.

Late last month, a coalition of more than 60 market participants dispatched a letter to the U.S. Treasury recommending guidelines that called for the government to track the number of OZ funds, the assets they hold, the composition of their investments by asset class, the percentage of the 8,700 OZ communities receiving investments, and “other economic indicators associated with the impacts and outcomes of a census tract’s Opportunity Zone designation on job creation, poverty reduction, and new business starts in the designated communities.”

Under the same proposal, OZ fund managers would be required to report on the amounts and dates, the types of assets acquired, the locations of those assets, the activities supported by their investments, the number of full-time employees at the time of the investment, and approximate square footage and residential units of real property when applicable.

EIG gets credit for shepherding through the original 2017 legislation that made OZs possible and it is taking the lead in seeking Treasury to bolster the reporting requirements.

“I think it’s a fairly robust recommendation,” says John Lettieri, EIG president, about the list sent to the Treasury. “We would not suggest that it encompasses everything that everybody could think of but we are also trying to make this practical for the IRS and the fund managers,” Lettieri says.

Ultimately, he hopes both the Treasury and the White House unit set up to encourage OZ investments “measure what’s going on in the zones,” Lettieri says.

The reporting and its analysis will be “critical” to evaluating how the OZ program as a policy tool compares to previous government attempts to spur investment in impoverished areas, Lettieri says.

By showing success and failures of the policy on a geographic basis, the reporting will help shape future policy tweaks and show “where new ideas like this get traction and where they don’t,” Lettieri says. “It’s not going to work the same everywhere,” he adds. 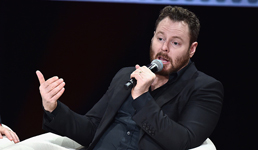 Ultimately, OZ fund managers may seek to not only satisfy the Treasury’s required reporting guidelines but even give investors more information about the social impact of acquired assets in the designated census tracts.

“A great many investors are coming to this very excited about both ends of the equation; good returns but also the truly transformative impact,” Lettieri says. “Funds are going to compete about who can tell the best story.”

The data and fund managers’ stories about the impacts of their OZ funds would also serve as a counter-narrative to the anecdotal examples already popping up in the press about profit-seekers allegedly exploiting the program to net tax relief for their investments that have little consequence for impoverished communities.

Don’t expect OZ fund managers to combat the bolstered reporting requirement, says Matthew Kiggins, a senior vice president of Millennium Trust, a custodian of assets which markets itself as particularly useful to OZ fund managers seeking to achieve the benefit of third-party verified transparency with investors.

“I don’t think they are going to put up any kind of resistance to it at all. Everyone is going to want to play down the rules,” Kiggins predicts.

At UBS, management has welcomed the additional reporting requirements for funds and specifically the proposal by EIG, even if the wirehouse wasn’t among the signatories — nor were any of its rival major broker-dealers.

UBS works closely with several of the signatories, including the U.S. Impact Investing Alliance, according to Andrew Lee, UBS’ chief investment office’s head of sustainable and impact investing for the Americas. “I don’t think what has been proposed is actually burdensome and certainly there is room for more to be collected, but this is a good a starting point,” Lee says about the EIG-backed proposed reporting guidelines.