When Morgan Stanley and Merrill Managers Talk About Tech Spend, What’s the Subtext?

When wirehouse managers talk about technology investments, it’s tempting to try and parse their tacit meanings. They typically brag about how much cash their companies are pouring into technology — $3 billion annually at Merrill Lynch Wealth Management’s parent Bank of America — but simultaneously couch their words so as to dispel any notion that those investments threaten FAs with their own future obsolescence.

“Advisors fully understand and appreciate technology in our industry,” Andy Saperstein, the head of Morgan Stanley’s wealth management unit, told an industry conference in New York recently. During a recent tour of its branches nationwide to talk to advisors about Morgan Stanley’s new tech tools, Saperstein said: “I was all prepared to try convince them” that the tools were useful. But “They said, ‘We got that, now let’s make modifications,’” Saperstein reported.

Morgan Stanley’s artificial intelligence tool, known as Next Best Action, does a lot of the analysis that advisors would otherwise have done themselves, including customizing investment recommendations, Saperstein said. Nearly “every advisor has used it” he reported about the AI tool, which the wirehouse’s managers introduced several years ago, and modified and integrated into other desktop technology at the beginning of 2019.

“A significant number” of Morgan Stanley financial advisors “incorporate that into their daily practice,” Saperstein said, adding that it’s part of their routine, as when “they have their first cup of coffee in the morning.”

But Morgan Stanley’s CEO James Gorman expressed less varnish and more skepticism about FA’s embrace of new technology when he spoke at the same conference.

“We’ve invested a lot — like a real a lot and — if we are going to be honest, there are a lot in the field that are not using it,” Gorman said.

“You win not by having the most innovative but the best-used apps,” he added. 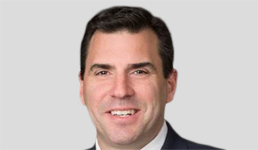 Gorman even made a disparaging reference about the expense of digital and AI tool development when addressing Morgan Stanley’s future revenues. Revenues will likely continue to grow, Gorman said, but then added, “unless we figure out a way to spend on new sexy technologies that aren’t being used.”

BofA may spend the $3 billion each year on technology development, “but at its core this remains a people business. And we’re investing just as heavily around people and the capabilities of our people,” Andy Sieg, who leads Merrill Lynch Wealth Management, said when he spoke at the same industry conference this month.

With its FA compensation formula, Sieg’s team has made no secret of Merrill Lynch’s strategy to have clients rely more on technology. The wirehouse’s 2019 compensation plan requires that advisors’ clients log in at least once every 90 days to mobile or online portals for the advisors to earn client-engagement credits — worth 14 basis points (or one hundredth of one percent) on advisors’ production credits from client checking and savings accounts. When FA-IQ previously reported about that change in the compensation formula, a Merrill Lynch spokesperson noted that only 40% of an advisor’s client base must be digitally engaged and that more than half of the firm's clients already meet the logging-in criteria.

“We’re leveraging that spend. We’re riding along on rails that are being laid by the consumer bank increasingly. It’s putting our financial advisors in a unique position because they can see their clients’ entire financial life in a way that most of our competitors cannot. From the standpoint of developing offerings, the fact that we have this hybrid digital and human advisor set of capabilities gives us a lot of flexibility in terms of how we innovate and how we deliver to new segments,” he said, and referred to a previously announced plan to add the option of an advisor for clients using its robo services. 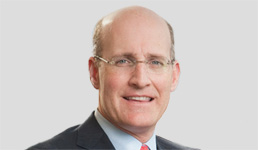 The technology investments are “essential in terms of delivering the growth that our advisors at Merrill Lynch need to deliver,” Sieg said. “[I]n ways big and small, we’re using technology to make the day of our financial advisor and our client associate more efficient. It used to take us, for example, 40 minutes on average for a financial advisor or their client associate to put together a review on the quarter for a high net worth client. We now have client review tools, very simple types of process automation, that allow us to assemble and put together that kind of review in 10 minutes or less. And so, saving 30 minutes a day on every client review you do quarterly, that makes a big deal in our business,” he said.

Expect more automation for Merrill Lynch’s FAs’ clients, Sieg said, soon to include the use of BofA’s “Erica” — an AI-driven virtual financial assistant which consumer banking clients today can access through smartphone apps.

“The client response in the consumer bank to Erica has been very powerful — particularly now as Erica is evolving to offer more guidance and insight to bank clients. It doesn’t take a creative leap to see how that could apply to wealth management clients, so that is on our runway,” Sieg said.

Erica offers “the opportunity to help us with regard to this capacity challenge … [Y]ou think about the day of a client associate who’s supporting an advisor team, there’s a lot of tasks which are queued up when they come into the office in the morning. Many of those tasks are relatively repetitive and, therefore, are prime territory for the kind of automation that Erica can enable,” Sieg added.

The tech investments are “giving time back to advisors — and advisors are using that time to broaden the range of activities that they’re pursuing with clients and drive business development,” Sieg said.