A recent U.S. Supreme Court ruling that has given the SEC more room to go after individuals sharing false statements is a “big deal” and raises enforcement questions for the regulator, according to SEC Commissioner Hester Peirce.

“Why was this case a big deal? Under Lorenzo, scheme liability is broader than some of us believed it to be,” Peirce, a Republican whose SEC term expires on June 5, 2020, said earlier this month at a lecture at Rutgers Law School in New Jersey.

Prior to the Lorenzo decision, Peirce said she “had read the provisions of the securities laws that involved a device, scheme, artifice to defraud, act, practice or course of business to require something more than a misstatement.”

Peirce emphasized at the lecture that she was sharing her personal views and not necessarily the views of the SEC or her fellow commissioners.

When reviewing cases involving SEC Rule 10b-5 or Employment of Manipulative and Deceptive Practices, Peirce said she looked for “deceptive conduct,” such as running a Ponzi scheme, misappropriating investor funds, engaging in stock manipulation or falsifying documents.

“In other words, I viewed conduct that is separate from the act of making a misstatement as a necessary basis for a violation of these provisions,” she said.

Peirce noted that Supreme Court Justice Clarence Thomas’ dissent in the Lorenzo ruling “captures this distinction” by noting that the act of knowingly disseminating a false statement at the behest of its maker does not amount to employing any device, scheme, or artifice to defraud within the meaning of the SEC rule.

Peirce noted that the Lorenzo ruling “leaves many questions” — a sentiment shared by multiple lawyers.

The commissioner shared some of her own questions:

Peirce noted that Justice Thomas read the majority opinion to mean that "virtually any person who assists with the making of a fraudulent misstatement will be primarily liable and thereby subject not only to SEC enforcement, but private lawsuits."

Justice Thomas further observes that the Lorenzo decision "eviscerates" the distinction, as articulated in the Janus decision, "between primary and secondary liability in fraudulent-misstatement cases,” according to Peirce. 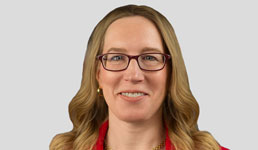 Under the previous Janus rationale, Lorenzo would not have been found to be the “maker” of the untrue statement under Rule 10b-5(b), according to The Wagner Group law firm.

Amid all these questions, Peirce said the regulator must exercise caution wielding this new power from the Lorenzo ruling.

“The SEC ought to take care in how it exercises its authority. The goal should not be for us to stretch our authority to its limits and beyond but instead to act carefully and cautiously,” Peirce said.

“It is awfully tempting for the SEC to read and attempt to apply Lorenzo as broadly as possible. I hope we will instead keep in mind how unseemly it is when a regulator stretches its authority to its outer limits or beyond. Even in the wake of a Supreme Court win, restraint is the better approach,” she added.

Peirce said the SEC “must respect the proper line” between what primary and aiding-and-abetting liability.

“Wise discretion” and “reasonableness” must be exercised by the SEC when dealing with cases related to the Lorenzo ruling, she said.