Fresh off defeating a state-level fiduciary rule initiative in Maryland, security industry groups are getting ready to take down a similar proposal in New Jersey, FA magazine writes.

The Garden State’s Bureau of Securities released its proposed rule for public comment earlier this week.

Under the proposal, investment advisors, broker-dealers and agents operating in the state would be required to put clients’ interests first when recommending products or offering investment advice.

The same day that the state unveiled the rule, the Financial Services Institute issued its critique of state-level fiduciary rules, saying they would result in “a patchwork of varying requirements across the country, confusing investors and creating uncertainty for advisors,” and urged New Jersey to wait for the SEC’s Regulation Best Interest. The trade group Sifma is taking a similar line of attack, according to FA magazine.

“The promulgation of standard of conduct laws and rules at the state level, while well intentioned, will result in a patchwork of conflicting conduct standards, resulting in investor confusion, and ultimately less access to information and choice of products for investors,” Sifma president and CEO Kenneth Bentsen tells the publication in a statement. “Congress has long recognized the importance of uniformity through national standards and Sifma continues to believe the optimal approach to protecting investors is to allow the SEC — the primary federal regulatory agency — to promulgate a nationwide, heightened, best interest standard of conduct.”

“It’s the right thing to do for investors and the way we’ve practiced for 35 years,” Thomas Meyer, CEO of the RIA Meyer Capital Group in Marlton, N.J., tells the publication. “It boggles the mind right now that someone can be an advisor on Monday and Tuesday, but a stockbroker on Wednesday through Friday, and charge an investor with $20,000 a 5 percent commission.” 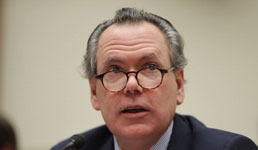 New Jersey’s attorney general and its governor said in statements accompanying the proposal of the new rule that they were acting in light of the “federal government" not doing enough to protect investors. An appeals court last year killed the Department of Labor’s fiduciary rule, which aimed to force all retirement account advisors to put clients’ interests ahead of their own. And the SEC’s proposed Reg BI, which would revamp regulations on the conduct of both investment advisors and broker-dealers, isn’t expected until much later this year. Several states, including New York, Nevada and Connecticut, are working on their own state-level fiduciary rule initiatives. Maryland’s attempt at such a standard was killed in the state’s finance committee earlier this month.