Almost 11 years ago, Steve Melen was given a 12% chance to survive after being diagnosed with stomach cancer. Surgery that removed his stomach, spleen, pancreas and a part of his esophagus followed by chemotherapy and radiation took a toll on him and his life. The Tiburon, Calif.- based advisor worked with Morgan Stanley at the time.

Last month Melen joined LPL Financial’s corporate RIA and broker-dealer. He started his career at Charles Schwab and moved to Morgan Stanley in 2007, according to BrokerCheck.

Melen speaks with FA-IQ about how dealing with cancer changed him as an advisor and why he is choosing to move to LPL.

Q: How did your illness impact you as an advisor?

A: I’ve been able to slow down in my older years and stop and really listen to what the needs are of each individual client. I learned this all through going through my sickness. When I got really sick, I used to have a tough time hearing people complain about the little things in their life that are worrisome to them. And when I was going through chemo and radiation and barely surviving, initially it got under my skin.

What happened in that transformation 11-12 years ago is, I started to really see that what people are expressing and their concerns, no matter how big or small they are, they’re big to them.

Q: What can advisors facing a serious medical issue do to make sure their clients are taken care of and how can firms help?

A: I would say the most important thing, really, is to just be open and honest with your position and your status.

I told my firm that I was going into surgery and I downplayed it — like it was no big deal. But I guess, looking back, it was a much bigger deal. Have open communication and allow the firm to use all the resources to help and support you.

Q: Why did you decide to move from Morgan Stanley? And why LPL?

A: I had the name of the company behind me at Morgan Stanley. I had an office — which was nice to have downtown. But the reality is, none of my clients really cared about my office. 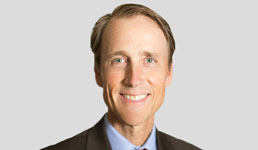 Q: Did the fact that Morgan Stanley left the Broker Protocol, and they’ve pursued some advisors that have left, weigh on your decision?

A: Yes. It’s a big concern. But pretty much every one [of my clients] has come over, but that’s all their choice. I’m not soliciting them to do it.

* This interview has been edited for brevity and clarity.