Why Advisor Transition Loans are Impacting Recruitment in a Big Way

Stifel Financial nearly doubled loans given to financial advisors to join the firm in 2018.

According to its annual report, Stifel paid $120.3 million in the form of upfront notes for transition pay to financial advisors last year — up 94.7% from $61.8 million in the year prior. These notes, given out based on the advisor’s trailing production and assets under management, are forgiven over a five-to-ten-year term.

The St. Louis-based broker-dealer ended last year with a net gain of 57 advisors in what it says was a “record recruiting year” in terms of client assets. Stifel had slowed recruitment due to the uncertainty around the Department of Labor’s fiduciary rule, but once that rule got thrown out, the firm stepped on the gas.

“As we continue to take advantage of the opportunities created by market displacement and as competition for skilled professionals in the industry increases, we may decide to devote more significant resources to attracting and retaining qualified personnel,” reads the company’s annual report.

Firms report these numbers differently which makes it difficult to compare how they fared against each other in offering transition loans to advisors, but a comparison could be made for each firm compared to previous years.

Several firms hailed 2018 as a record year in recruitment terms. As competition intensified to lure advisors, recruitment tactics became aggressive. Many firms looked toward offering transition and retention incentives to advisors in the form of loans.

Did the gambit pay off?

While each advisor is unique, for a transition to a new firm advisors typically take their cue from their experience with their existing firms, says Jodie Papike, president of recruiting firm Cross-Search.

“I will say that it’s not normal for someone to make a decision solely based on how much money they’re going to get from a firm. It’s that coupled with a lot of other factors,” says Papike. “If I can go to a firm that’s going to give me a really great transition package — and I can have all the things that I want in a new relationship — then obviously that’s the direction I’m going to go,” Papike adds.

But that didn’t stop firms from coming up with sweeter deals. As previously reported, non-wirehouse firms tended to be more aggressive on transition deals to lure advisors from wirehouses.

The reps have almost a feeling of entitlement, like ‘Hey, I’ve been having disruption of business ... Throw me a 10% forgivable note!'
Jon Henschen
Henschen & Associates

“There are firms that are spending more on forgivable note money to entice [advisors],” says recruiter Jon Henschen of Henschen & Associates. Henschen, who works with independent broker-dealers, adds that not only are firms stepping up to offer the money, advisors in some cases may be demanding it.

“The reps have almost a feeling of entitlement, like ‘Hey, I’ve been having disruption of business, you need to help fill in that void. Throw me a 10% forgivable note at least,’” says Henschen. A typical forgivable note would be between 10% and 20% of the trailing 12, but there were some that went up to between 20% and 40% as well, Henschen explains.

Rather than work off the trailing-12, LPL Financial was reportedly offering forgivable notes as high as 50 basis points on assets to advisors who joined its RIA, which was considered one of the most aggressive transition deals in the market.

In its annual report, LPL Financial recorded a forgivable advisor loan balance of $233.3 million at the end of last year, up 46% from $159.9 million the year before. These loans are forgivable over a period of three to eight years.

But that number may not give the entire picture of the loans extended by LPL Financial during the course of last year because the company doesn’t break out that figure explicitly, and the $233.3 million may contain loan balances carried forward from previous years.

Firms with smaller scale using outside custodians don’t have as much opportunity to offer the numbers LPL or Raymond James can.
Jodie Papike
Cross-Search

The firm saw its advisor ranks grow by 6% in 2018, and CEO Dan Arnold credited “aligning our transition assistance with financial returns” for the increase.

“We will continue to use our position of financial strength to provide transition packages that empower advisors to move to our independent platform,” says Rich Steinmeier, LPL managing director and divisional president of business development.

“A firm that has smaller scale and uses an outside custodian doesn’t have as much opportunity, and so a lot of times can’t offer the numbers that LPL or Raymond James can offer — any of the bigger firms, for that matter,” says Papike.

Profitability and not just gross dealer concession may play a role in determining the forgivable note deal an advisor ends up getting, says Henschen.

“If you have a million-dollar book that is predominantly fee-based, you might be able to get a 30-to-35% forgivable note in a firm. Whereas, if it’s mostly mutual funds and variable annuities held directly at the companies — not in brokerage accounts — that’s much less profitable for the broker-dealer. So, they may only get offered maybe a 15% note even as a million-dollar producer,” says Henschen. 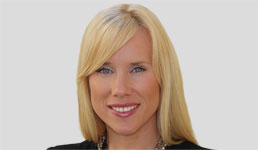 The company doesn’t break out the figures for loans advanced during each year, but the balance of loans outstanding to financial advisors (net of doubtful accounts) stood at $925 million as of December 31, 2018 — up 3.9% from $890.7 million a year prior.

The firm saw its advisor count increase by 3.6% last year. Raymond James did not provide any further clarifications on these numbers or comments for this story.

Ameriprise is another firm that reports loans to financial advisors in its annual report, “primarily for recruiting, transitional cost assistance and retention purposes,” to be repaid over a five-to-nine-year period.

According to the report, the principal amount outstanding for advisor loans at the end of 2018 was $558 million, up 9.6% from $509 million in the year prior. Last year, Ameriprise's advisor population went up by 0.35%. The firm declined to clarify the numbers or comment for this story.