Singer, the founder, CEO and master coach of the Key, pleaded guilty Tuesday to charges of racketeering conspiracy, money laundering conspiracy, conspiracy to defraud U.S., and obstruction of justice, according to the United States Attorney’s Office in the district of Massachusetts.

FA-IQ reached out to all wealth management firms mentioned on Key’s website, asking them about their associations with the Key. 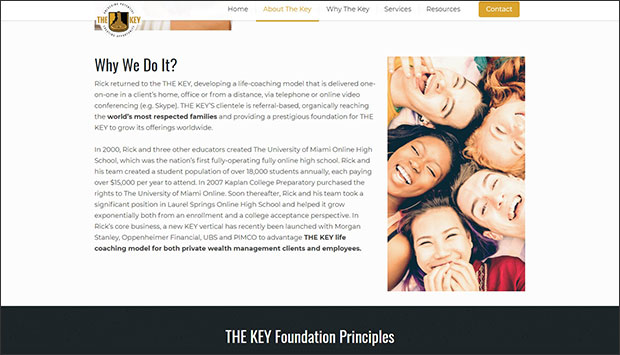 Without providing further details, Morgan Stanley admitted the firm had a prior relationship with the Key but said that relationship ended in 2013.

A person familiar with the situation at PIMCO said "we are not aware of any vertical or affiliation with them in private wealth management."

“Our firm has no relationship with this organization,” a UBS spokesperson told FA-IQ in an emailed statement.

"Oppenheimer & Co. at one point had, but has since severed, its relationship with Key Worldwide Foundation. The firm does not condone the behavior set forth in the allegations," a statement from Oppenheimer & Co. emailed to FA-IQ reads.

The culmination of an FBI investigation code-named “Operation Varsity Blues” has led to 50 individuals, including Hollywood celebrities and CEOs, being charged in the bribery scam.

The FBI alleges the Key used nefarious means to help secure college admissions for children of its clients at schools such as Yale University, Stanford University and University of California-Los Angeles. The FBI affidavit states the scheme included bribing administrators to facilitate cheating on college entrance exams by allowing someone else to take the exam, and by providing answers to students, or even changing answers after the exam. The scheme also involved bribing athletic coaches “to designate applicants as purported athletic recruits — regardless of their athletic abilities, and in some cases, even though they did not play the sport they were purportedly recruited to play,” the affidavit claims.

Editor's Note: This article has been amended to include a statement from Oppenheimer & Co.